Pedro Berardinelli (Portugal) attended the University of Aveiro, where he completed a Bachelor (pre-Bologna) and Master in Composition, having received a merit scholarship for exceptional academic performance. He attended several seminars held by Emmanuel Nunes, having later on some private orientation with the composer, in the last years of his life. In 2015 he finished with the highest grade his second Master in Composition at the Centro Katarina Gurska (Madrid), having Alberto Posadas and José Luis Torá as tutors. In the context of is final project he wrote a solo bassoon work for Lorelei Dowling. He was selected for the Academy of the Festival Musica (Strasbourg-2016), where he worked with Quatuor Diotima. He attended several courses/seminars/classes with Rebecca Saunders, Mark Andre, Philippe Manoury, Chaya Czernowin, Stefano Gervasoni, among others. In 2017 he finished with distinction the Post-graduation in composition at the Kunstuniversität Graz, having studied with Clemens Gadenstätter and Beat Furrer. 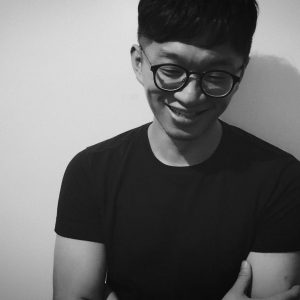 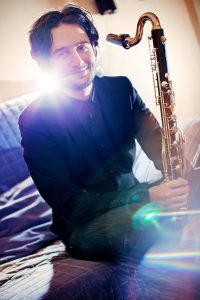 Oleg Gudachev (Russia) is a composer and musician (clarinet, saxophone). Co-founder, member and director of the {instead} ensemble. He was born in Leningrad in 1988. He graduated from the St. Petersburg Conservatory. N. A. Rimsky-Korsakov on the specialty “Composition”. Since 2014 he has been a postgraduate student at Vaganova Academy of Russian Ballet, at the faculty of Art Studies.  He was a student of the Fifth International Academy of Young Composers in Tchaikovsky city. At different times he studied and / or took part in the master classes of Raphael Sendo, Peter Ablinger, Beat Furrer, Stefan Tut, Dmitry Kurlyandsky, Vladimir Gorlinsky, Sergei Nevsky, Boris Filanovsky. 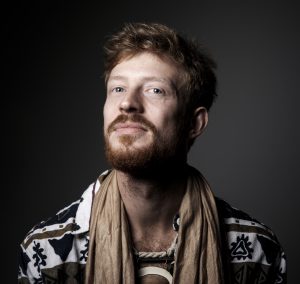 Cameron Graham (Great Britain) is a composer writing for instruments, hand-made instruments, crooked media and devices. His music confronts problems around the potency of materials, ethnography and the different ways to accentuate immediacy between the creation and reception of music. Projects have been created for the Royal Scottish National Orchestra and Sinfonietta, the Tzlil Meudcan Festival, Cadogan Hall London, the Royal Academy of Arts and the Brussels Philharmonic Orchestra, amongst others. Upcoming projects in 2018 include a new work for the Orchestre Philharmonique de Radio France with IRCAM, a work for 5 trumpets, premiered in Darmstadt in July, and a 70-minute work for instruments, object-instruments, club lighting, haze and solo brass. He is an associate lecturer at the University of Surrey, teaching studio-assisted composition. He studied music at Brunel University (1st Class.) and at the Royal College of Music with Jonathan Cole, Harris Kittos and Gilbert Nouno (Distinction). 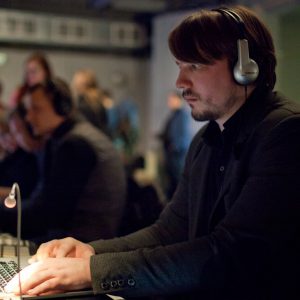 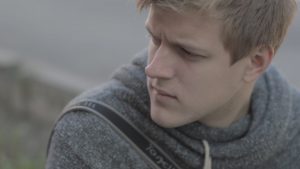 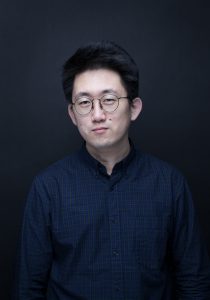 Chanhee Lim (South Korea) was born in 1985, Daejeon, South Korea. He studied in Rostock and Dresden with Jóse M. Sanchez-Verdú and Mark Andre. His works are performed in Germany, Austria, Swiss, Russia, France, Spain and South Korea with Trio Sæitenwind, Studio for new music ensemble, trio sostenuto, Ensemble Chambre d’écoute, neophon ensemble, NAMES, Ensemble Intercontemporain among others. He was selected Project21AND Seoul, Phoenix Satellite Basel, Manifeste Paris, Crossroads Salzburg and snim Vienna and awarded at Jurgenson Competition and at Competition Donne in Musica. He is artistic director of project ensemble morph and his works will be available via Babelscores.

Hakan Ulus (Germany) is a German composer. He studied Composition with Tristan Murail, Adriana Hölszky, Claus-Steffen Mahnkopf and Ernst Helmuth Flammer at the University Mozarteum Salzburg and HMT Leipzig. 2015/16 he was stipendiary of the International Ensemble Modern Academy. He received many stipends and prizes (including Academy of Arts Berlin and Impuls Composition Prize) and was artist-in-residence in Frankfurt, Istanbul and Berlin among others. His music is played by some of the leading ensembles of contemporary arvmusic such as Ensemble intercontemporain, Ensemble Recherche, Ensemble SurPlus, Klangforum Wien and Talea Ensemble at Festivals like Klangspuren Schwaz, ManiFeste Festival, Academy of Arts Berlin and Salzburg Biennale. He also published texts in Musik & Ästhetik, MusikTexte and ÖMZ and gave lectures about his music and other topics of contemporary music at Harvard University, IRCAM, Goethe University Frankfurt, Salzburg Festival, International Mozarteum Foundation and Cologne Philharmonie. He is currently a PhD candidate at the University of Huddersfield under Aaron Cassidy and Liza Lim. 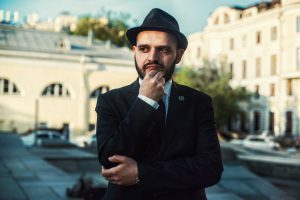 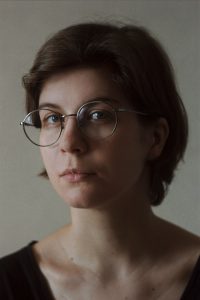 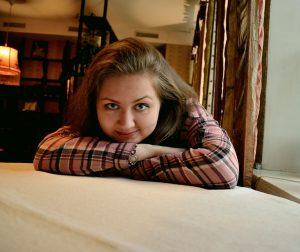 Galina Bulyulina (Russia) was born in 1995 in the city of Tchaikovsky (Russia). She graduated from Tchaikovsky College of Music as a pianist. Currently she is a third-year student of the Moscow Tchaikovsky Conservatory (class of composition of Yuri Kasparov). She is a laureate of composition and music theory competitions. She participated in the International Young Composers Academy of Moscow Contemporary Music Ensemble (2012, 2013, 2014). She attended master-classes and lectures of Harri Wessman, Klaus Lang, Mark Andre, Antoine Beuger, Jean-Luc Hervé, Philippe Leroux, Francesco Filidei and others. She is a grant holder of The Russian Composer’ Union in 2017-2018. 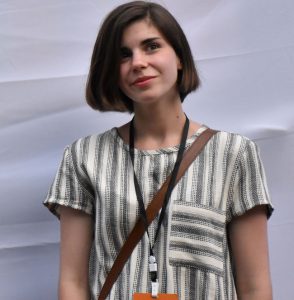 Marta Haladzhun (Ukraine) was born in Lviv, Ukraine, 12.06.1994. 2010-2014 – Studied music theory and conducting at Music College in Lviv. 2014-2016 – Studied at the National music academy in Kyiv at the theory department and learned composition in parallel. Since 2016 decided to study composition officially and entered the composition department at the National music academy in Kyiv. In September 2017 wrote music for performance “Woman eating candy or…” which was shown on Gogol Fest. 5-11.03.2018 a participant of Composers workshops “Artemp Academy” with Sergej Newski and Martin Schüttler in Minsk, Belarus. 30.05.2018 premiere of one-act ballet “Rescue of Archon” in Kiev Academic Young Theatre for which wrote music. 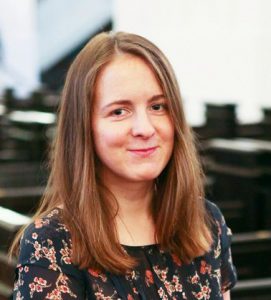 Alexandra Korablyova (Russia) (1989*) was born in Kaliningrad. Graduated from the Saint-Petersburg State Conservatory in 2014 as a composer.  Member of ensemble [instead]. Music was performed in Russian Federation and in Germany. Works: Pieces for piano, Vocal works (romances), Suite for harp solo, 4 choirs for Japanese texts, Quartet for flute, clarinet, bassoon and marimba (unfinished), P.S. for harp solo, ENFATICO for orchestra, MEZZA VOCE for orchestra, D-line for ensemble, RAAK for four players, «MAR» and «MAR. second wave» for theremin, flute and white noise, electronic compositions 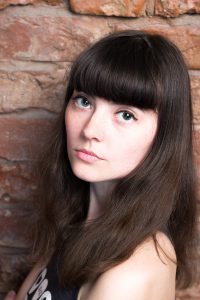 Valeria Kuhta is the young composer from Saint-Petersburg.  She graduated from the St. Petersburg M. Mussorgsky Music Collage with a specialization in the “Theory of Music”, at the moment she is the student of the composer’s faculty of the St. Petersburg Conservatory named after N.A. Rimsky-Korsakov (the class of professor G. Banshikov). She is the prize-winner of all-Russian competitions (“The Time of Prokofiev” Moscow, V. Khodosh competition Rostov-on-Don, “Choral Laboratory XXI century” St. Petersburg), the finalist of the competition of young composers on the radio “Orpheus”, active participant of the contemporary music festivals (“Games with classics” St. Petersburg, “Exposition XXI century” Nizhny Novgorod, “Russian Spring in St. Petersburg”), summer schools and courses (“Choral laboratory XXI century” Gatchina, “Tavrida” Crimea, “Composer’s readings” Moscow). 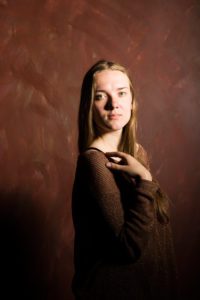 Alina Anufrienko (Russia) was born in 1985 in Omsk. She graduated from the music school (cello) at the age of 14. From 14 to 28 years she played drums in different groups and styles. 4 years ago, she returned to the cello and began to study the possibilities of the instrument. For the first time she began to experiment with creating music 3 years ago using a system of endless overlays. Relying on the experience and knowledge of rhythmic structures and polyrhythmia sought coordinated movement in absolute chaos. In the last year she tries to use Gaisin’s “scraps” method, “Brian Ino’s workarounds”, she tries to formulate the concept of “documentary music”. 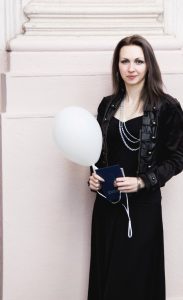 Marina Lukashevich (Belarus) lives in Minsk, works at the Belorus Army Drama Theater as a composer, editor and sound-engineer. Graduated from Belarus State Conservatory (composition, organ). She also studied the computer arrangement and sound-design. She participated in the composer workshops and seminars in Minsk (ArtempAcademy), Molodechno, Moscow. She composes in different genres and line-ups, as well as for drama theater and performances. 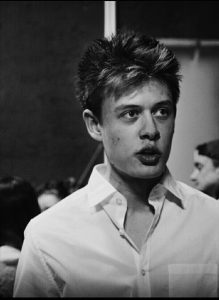 Vladimir Obukhov (Russia) was born on June 4 1995 in Moscow. He went to the Igor Stravinsky Children’s School of Arts where he learned trumpet, piano and composition (the latter under Ivar Arseyev). He then continued his education as a trumpeter at the Academic Music College of the Moscow State Conservatory, where he also studied composition under Anna Romashkova. In 2013, Vladimir Obukhov won the Composers’ Contest (as part of the Wind and Percussion Instrument Players’ Contest at the Moscow Conservatory) in the nomination for the best wind quintet. In 2017, Vladimir Obukhov enrolled in the Tchaikovsky Moscow State Conservatory in the Faculty of Composition. He currently studies composition under Professor Yuri Kasparov. He has performed as a pianist with various solo projects and as a conductor with KYMATIC ensemble. 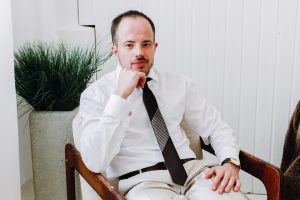 Larisa Shibert (Russia) was born in 1999 in Bryansk. She is a student of the theoretical and vocal departments at Academic Music College at Moscow Conservatoire Tchaikovsky. For the last four years she has been organizing ensembles to perform her works at Moscow Conservatoire and other concert halls. She also takes symphony and choir conducting classes. She takes part in theoretical and composing contests (laureate for 34 all-Russian and international competitions and contests). 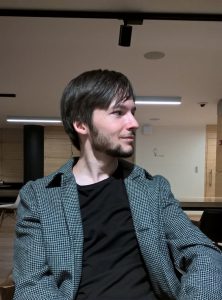 Sergey Stroykin (Russia) (b. 1988) began his professional education at Tomsk Musical College in the class of flute, while doing the composition in parallel. He continued his studies at the composition department of St. Petersburg State Conservatory. Participant of numerous contemporary music festivals, including “From the Avant-garde to Our Days” (St. Petersburg), “Sound Ways” (St. Petersburg), “Exposition XXI” (Nizhny Novgorod). In 2017 he won the 9th All-Russian Composers Competition of Radio “Orpheus” (Moscow). The composition “4 brief scenes after Beckett” was included in the top three in the category of composers up to 30 years at the 64th International Competition Rostrum of Composers (Palermo). In his last works, the composer studies the “body” of the instrument: its nature and boundaries, its previously unexploited timbral and acoustic capabilities.

Roman Tsypyshev (Russia) was born on August 21, 1992 in Chelyabinsk. 2008 – 2012 – Ural Music College at the Ural State Conservatoire named after. Modest Mussorgsky (composition, theory of music). 2012 – 2017 – The Ural State Conservatory named after. Modest Mussorgsky. Laureate of All-Russian and international competitions in composition and pianoforte. Member of the Union of Composers of Russia since 2018.