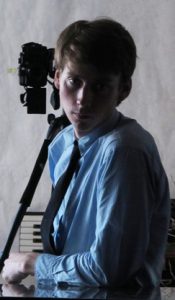 Louis Bona (1990), French young composer, lives in Paris. He begins his musical education studying viola with Carole Dauphine at the Paris conservatory. After obtaining his diploma in musical studies, he begins his master studies at the Hochschule für Musik Hanns Heisler in Berlin where he discovers a new approach to instrumental and sound technique through his professor Walter Küssner and the study of contemporary music by being an active member of the contemporary ensemble Echo, under the direction of Manuel Nauwri. These new accomplishments push him to return to his compositional work. He then studies avec Jean-Luc Hervé at the Boulogne Billancourt conservatory while continuing his work as multifunctional musician with the Lwosky –Kronfort-Musik-Theate- Kolectiv where he plays and arrange within the Lulu Nana project. In september 2017, he will join the National superior Conservatory in the composor Frédérique Durieux’s class 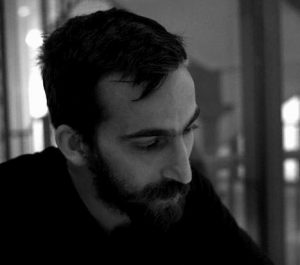 Valentín Pelisch was born in 1983. His works explores the visual and sonic matter of chamber music. Different ensembles presented his works in spaces of Argentina, Uruguay, Brazil, Paraguay, Chile, Panama, Costa Rica, Ukraine, Austria, Spain, Italy, Holland and U.S.A. In 2015 participated as resident composer of KulturKontakt – Austria, as resident composer of the Goethe-Institut International Platform for Music – theatre (BsAs), and as guest composer of the Contemporary Music Festival of Panama. He studied composition with Gerardo Gandini and Marcelo Delgado in Buenos Aires. He participated in different kind of courses and workshops with very different composers and artists. He also studied electroacoustic composition at the University of Quilmes 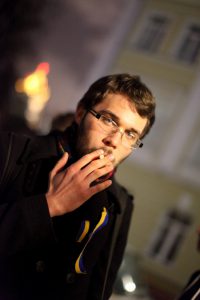 Daniil Pilchen was born in 1995, Odessa, Ukraine. From 2013 studying composition in Moscow conservatory with professor Yury Kasparov. In 2014 took a part in a festival ‘Lost in Translation’ in Moscow. In 2015 was a selected scholar at ‘Course’, International Composers Academy in Kyiv and International Young Composers Academy in Tchaikovsky city. He took a part at ‘Contrast’, a festival for new music in Lviv, Ukraine; collaborated with canders and performers of the Dina Khuseyn’s ‘SoTa’, contemporary dance project. In 2016 he took a part in ‘Open Space’, composers laboratory with musicians of the ‘Russia’ ensemble of folk instruments 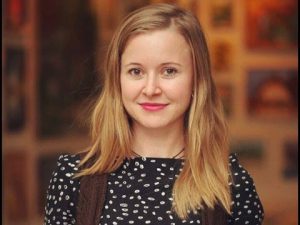 Anna Pospelova was born in Moscow, Russia in 1986. Pianist and composer. Graduated from Moscow State Conservatory, where have been studied composition and also electronic composition. Took part at some international festivals, academies and workshops. 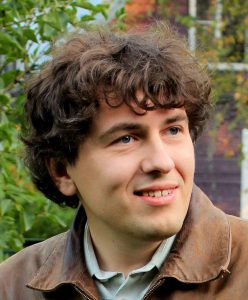 Dmitry Remezov graduated the Ural Conservatory in 2014 and  in 2016 has finished the assistant-trainee degree under O.V. Viktorova. He has won an International and several all-Russian competitions. Dmitry is a member of the Russian Composers’ Union. Since 2010 he has been a co-founder, an artistic director and a soloist of the InterText-Ensemble (Yekaterinburg). Since 2014 – a co-founder, an director and a member of the KYMATIC ensemble (Moscow). He organized and took part in several festivals, concerts and master-classes. He participated in the V and VI International Young Composers’ Academy (Tchaikovsky, 2015, 2016), seminars of the Studio for New Music ensemble (Moscow, 2014, 2015), V All-Russian open festival for the young music «Exposition XXI» (Nizhny Novgorod, 2015), III Ural Industrial Biennale for the Contemporary Art (Yekaterinburg, 2015), a festival of the Sverdlovsk philharmonic «New Russian Robert Burns» (Yekaterinburg, 2010-2014) and others. He participated in master-classes of such composers, as Beat Furrer, Yannis Kyriakides, Marko Ciciliani, Raphael Cendo and others. 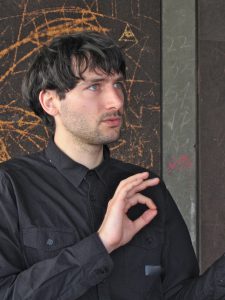 Lorenzo Troiani is an Italian composer (Rome, 1989) living in Graz, Austria. He studied composition with Rosario Mirigliano, Salvatore Sciarrino and Clemens Gadenstätter. He attended lessons, masterclasses and courses with musicians and composers who helped him to find a personal way of thinking, among them: B.Furrer, M.Andre, J.Schöllhorn, M.Trojahn, P.Manoury, B.Ferneyhough, J.Manuel, Lopez Lopez, C.Czernowin, P.Billone, I.Mundry, S.Takasugi, D.Kourliandski and F.Filidei. His music has been perfermed by different ensembles (Klangforum Wien, Neue Vocalsolisten, Quatour Diotima, Quartetto Prometeo, Quatuor Tana, OENM Salzburg etc.), and in different parts of the world. He graduated in Philosophy at the University Uniroma3 of Rome with Paolo D’Angelo and Elio Matassi with a thesis on ontological thinking of Paul Klee. 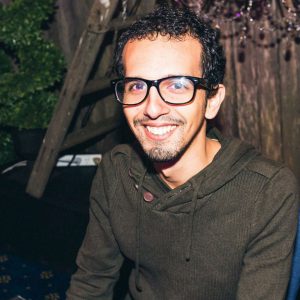 Aidan Charles Rosa is a Sydney-based composer and music theorist currently undertaking a Master of Music degree at the Sydney Conservatorium of Music. With a focus on ‘music as geometry,’ Aidan presents his research regularly during local graduate symposiums and seminars. In 2015, he completed his Bachelor of Music with First Class honours and was the recipient of the Horace Keats Memorial Award for composition. In 2014, Aidan Charles Rosa was a Composition Mentor for the MAKE project, hosted by The Arts Unit, London Symphony Orchestra, and the Sydney Opera House. Earlier in 2014, he was a Composer Fellow of Trinity Grammar. In February 2013, he was artist in residence in Kuranda rainforest in far-northern Queensland. 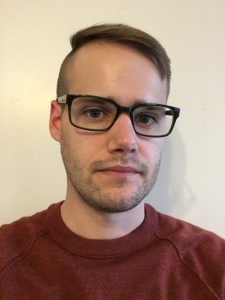 Zach Thomas (1988) is a composer and media artist working within a mathematical aesthetic sabotaged by impulse and restlessness. His current projects are concerned with the use of appropriated technologies and networked performance environments. Zach is a PhD candidate at the University of North Texas where he works as a teaching fellow at the Center for Experimental Music and Intermedia and as a researcher at the xREZ Art/Science Lab. He is a director of the new music non-profit, ScoreFollower. 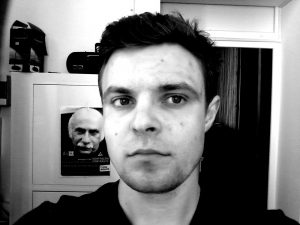 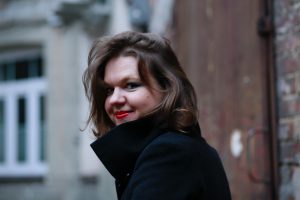 Santa Bušs is Latvian composer especially interested in detailed pre-compositional process and peculiarly in working with extra-musical ideas (found in other disciplines of art, physiology, history, mythology, nature, architecture, medicine, sports, philosophy, etc.). Although her main focus and also form of expression has been linked with instrumental music, lately she has discovered a deep interest in voice and its possibilities, as well as is very keen to expand her approach towards sound and composition exploring different forms of collaboration. This includes also exploring territories between conventional and unconventional notation and performance techniques, as well as experimenting between the boundaries of music, theatre and opera, and focusing on the physical manipulation of instruments and the presence of musicians as a source of drama. She has studied both composition and musicology at the Latvian Academy of Music and Hamburg University of Music and Theatre. Her works has been performed throughout Europe, in North America and Asia. 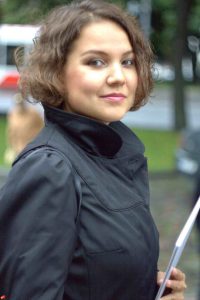 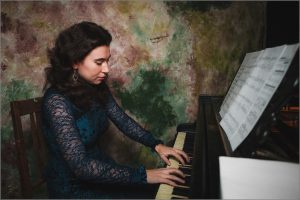 Alsu Sungatullina was born in Kazan.In 2008 she graduated from the piano faculty of Kazan State Conservatoire named after N. Zhiganov (Academy), in 2016 she also successfully completed her studies at the magistracy in the specialty composition. Her works were performed at various festivals of contemporary music: Opus First (Moscow), Sound House of Sofia (Kazan), Composer 2.0 (Yaroslavl-Kazan-Krasnodar-Moscow), Exposition XXI (Nizhny Novgorod). He is a laureate of All-Russian and International Contests on composition. Among which: IV International Competition of Musicians-Performers and Composers “Romanticism: Origins and Horizons” in memory of Franz Schubert (Moscow, 2013); VI All-Russian Open Contest of Composers “Choral Laboratory XXI century. Music for Children and Young People “(St. Petersburg, 2013); IV International competition of young composers named after S.Prokofiev (Chelyabinsk, 2015)The second All-Russian co; mposer’s competition. D.Shostakovich (St. Petersburg, 2016)Ю Since 2017 he is a member of Russian Federation and Republic of Tatarstan Composers Union. At the moment, Alsu Sungatullina works as the head of the Creative Laboratory “Alpha” of the Center for Contemporary Music S. Gubaidulina in Kazan. 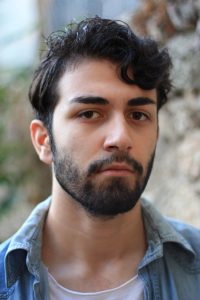 Uğurcan Öztekin was born in Istanbul, Turkey in 1990 and studied composition and orchestration with Mehmet Ali Uzunselvi and electroacoustic music with Onur Dülger at Kocaeli University State Conservatory. Before his composition studies, he also studied History of Art at Mimar Sinan Fine Arts University (2008-2012). His music has been performed in concerts and at festivals in Spain, Turkey, Bulgaria and the Netherlands (Festival Mixtur, Atlas Festival, Computer Space International Computer Art Forum) by ensembles such as Ensemble Diagonal (Paris) and Atlas Ensemble (Amsterdam).

His music explores and aims to represent and reproduce the sounds and techniques that used in electronic music, with acoustic instruments through the use of extended instrument techniques and auxiliary objects. Recently, he focuses on sensor-based gestural compositions for solo instruments.