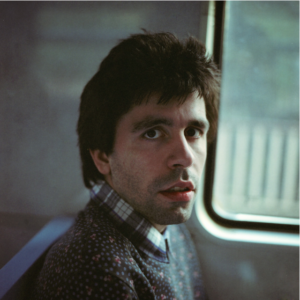 Ivan Bushuev (1984, Russia), baroque and modern flute player, soloist of Moscow Contemporary Music Ensemble and composer. Ivan has graduated and postgraduate from the Moscow State Conservatoire in 2008 (docent Olga Ivusheikova). In 2006 Ivan has received a grant from the Marco Fodella Foundation in Milan and also an opportunity to study the traverse flute with Marcello Gatti for a year. He immersed himself in the study of contemporary music after lessons with Helen Bledsoe, Harrie Starreveld, Eva Furrer and Mario Caroli. Ivan is responsible for numerous world and russian premiers of contemporary works both as a soloist and as a member of a trio together with Natalia Cherkasova(piano) and Dmitry Vlassik(percussion). In 2013 he created his own project of electronic experimental music – nerest. Now he teaching in Ippolitov-Ivanov music college and Appears on the stage as a soloist, ensemble and orchestral player in Russia and abroad. 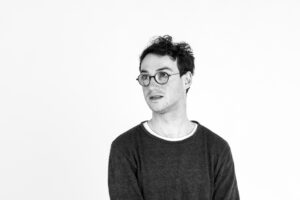 Marin Escande (1992, France) had studied in CRR de Paris with Edith Canat de Chizy (instrumental composition) and Régis Renouard-Larivière (acousmatic composition) and graduated in 2016 with a special prize from the SACEM. Between 2016 and 2018, he was selected for a scholarship program in Tokyo University of the Arts, where he was a student of Suzuki Jummei (instrumental music), Tomoko Nagai, Mori Takeyoshi and Furukawa Kiyoshi (electronic music). Back to Paris, he is currently studying in CNSMDP with Gérard Pesson. He received award from composition competitions – “Petite forme“ (2016), “Sound Spaces“ (2019) – and his music had been played in France, Japan, Taïwan and Sweden. Besides, he is also a Phd. student in musicology at Sorbonne University. 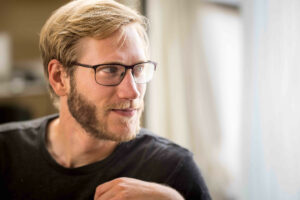 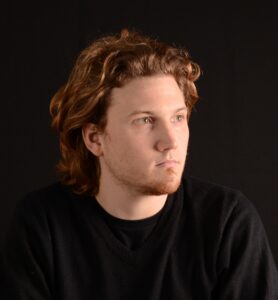 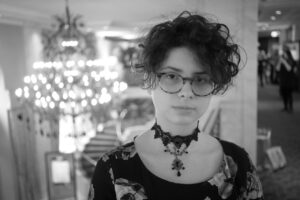 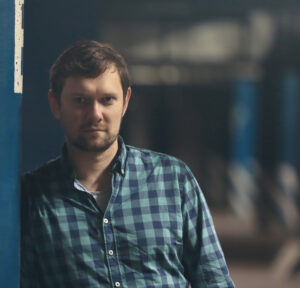 Lise Morrison (1988, South Africa) is a composer, currently based in The Hague, Netherlands. Notable performances and collaborators include the Ives Ensemble, Slagwerk Den Haag, Orkest de Ereprijs, Residentie Orkest, New European Ensemble, Tivoli Vredenburg, Orgelpark in Amsterdam, Muziekgebouw Eindhoven, and the Holland Festival, (NL), Bozzini Quartet (CA), and Borough New Music (UK).  Recent projects include the 2018 Composers’ Kitchen residency in Montreal, Canada, with the critically acclaimed Quatuor Bozzini and a performance of her work at Gaudeamus Muziekweek 2018. She attended the Lucerne Festival Composers Seminar in August 2018. She was the runner up in the South African Music Rights Organisation Overseas Scholarship Competition in August 2018, enabling her to further her studies at the Institute of Sonology in The Hague. She was commissioned by MATA for a new piece to be performed by the Hong Kong New Music Ensemble in New York in the winter. Her piece Staircase Wit was also selected to be performed at Mise-En Music Festival in New York in the summer. She holds a B.Mus from Stellenbosch University and an M.Mus (Calliope Tsoupaki, Mayke Nas) from the Royal Conservatory The Hague. 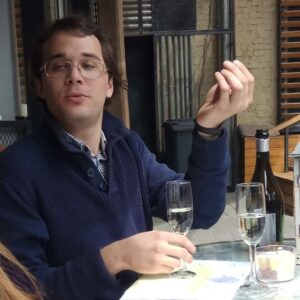 Daniil Pilchen was born in 1995, Odessa, Ukraine. From 2013 studying composition in Moscow conservatory with professor Yury Kasparov. In 2014 took a part in a festival ‘Lost in Translation’ in Moscow. In 2015 was a selected scholar at ‘Course’, International Composers Academy in Kyiv and International Young Composers Academy in Tchaikovsky city. He took a part at ‘Contrast’, a festival for new music in Lviv, Ukraine; collaborated with canders and performers of the Dina Khuseyn’s ‘SoTa’, contemporary dance project. In 2016 he took a part in ‘Open Space’, composers laboratory with musicians of the ‘Russia’ ensemble of folk instruments. In 2017 – a student of 7th International Young Composers Academy. In 2018 graduated Moscow State Conservatory. At the moment he is studying in magistracy of the Hage Conservatory (with Yannis Kyriakides). 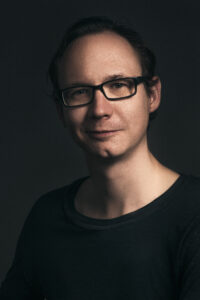 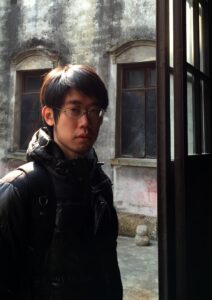 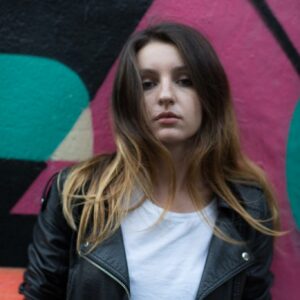 Kristina Golubkova (1989, Severomorsk, Russia). She studied media philosophy at University Potsdam. In 2019 she graduated from Music department of Istanbul Bilgi University and entered Composition graduate school of Bilkent University in Ankara. She concentrates on electro-acoustic composition, music theatre and sound installation. Her compositions were performed by Artefacts Ensemble (Greece) and Diskant Ensemble (Turkey). Kristina is now active as a composer and experimental electronic music performer in Istanbul. 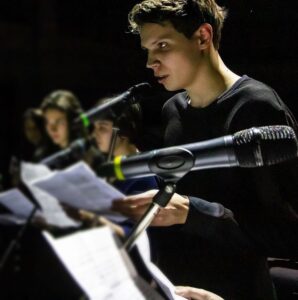 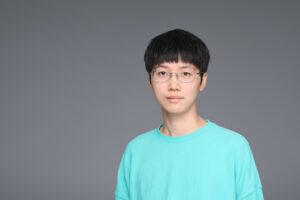 Tongfen Zhang (1990, China), postgraduate in composition of Shanghai conservatory of Music. She studying composition with Chinese Swiss composer Prof. WEN Deqing , Malaysia composer Prof. Chong Keeyong and Australian composer Liza Lim. She finished her undergraduated course at Fujian Normal University and studied piano with Teacher Huang Xiaoqing,at the same time, she studied composition with Prof. Guo Zurong. Her works have been performed in China, Germany, Czech Republic etc. She has premiered works in cooperation with New Zealand Trio, Moscow Contemporary Music Ensemble, Ensemble NOMAD , Studio C etc. In 2016, her work “The Orion falls on the Ocean” won the 1st Prize Winner of the Piano Competition in the 5th China-ASEAN New Music Week; In 2017, work ”Lunar Mare” won the 2nd Prize of the Competition in the 2nd Academy Awards Composition Competition of Shanghai Conservatory of Music. At the same year, work “When Thy eyes upon My heart” won the 2nd Prize of the “Younghi Pagh-Paan International Composition Prize 2017”(No 1st Prize), and premiered at Berlin Philharmonic Hall.

Senay Uğurlu (1997, Turkey) started to music by playing piano at an early age. After her piano education at Ankara State Conservatory, she has started Bilkent University Music Preparatory High School as flutist then she accepted to Bilkent University Faculty of Music and Performing Arts, Theory and Composition department for her bachelor degree. She continues her composition studies with Onur Türkmen. Additionally, she attended important workshops and festivals such as Impuls Academy, Klasik Keyifler – The Composer’s Cauldron, “Journey of Sound” Young Composers’ Festival and Computer Space – international computer art forum. In such festivals, she had opportunity to work with remarkable composers including Beat Furrer, Mark Andre, Mahir Cetiz, Dmitri Kourliandski, Isabel Mundry and Ken Ueno. 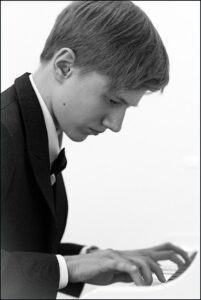 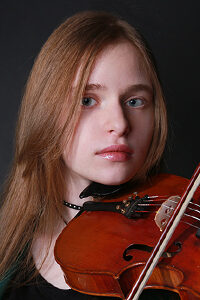 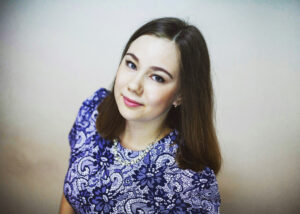 Lilia Iskhakova (1998, Tatarstan) was born in Kazan. She studied at the Kazan College of Music (choral conducting), also continued to learn composition and participated in numerous concerts and competitions as the author of vocal and instrumental works. In 2018 she was selected for the “Composer Readings” in Moscow (her work was performed by Moscow Contemporary Music Ensemble). At the moment Lilia Iskhakova is studying for 1 year in Zhiganov Kazan State Conservatory (theoretical-composer faculty, with, prof, V.Kharisov). 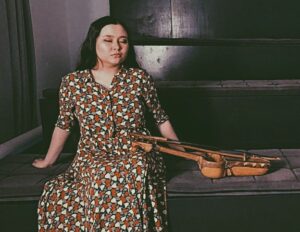 Tokzhan Karatai (Kazakhstan) is composer and Qobyz player located in Almaty. She graduated as a composition major from the Kazakh National Conservatory, where she studied with Bakhtiyar Amanjol. Tokzhan also studied folk music, in particular, the Kazakh qobyz, a two-stringed fiddle with horsehair strings. Her music is based on both traditional and contemporary music. The main idea is to connect these two areas. During her years in the Conservatory she also participated in Kazakhstan’s first ensemble for contemporary music, called Eegeru (“to master”), formed by professors and graduates of the Conservatory. Tokzhan started off in the ensemble playing qobyz, and is presently the ensemble’s resident composer. Tokzhan Karatai joined international music projects that have furthered her skills as a composer-performer-improviser. These include Playing Together: Central Asian Academy of Contemporary Music, she also participated in OneBeat as one of twenty-five young musicians from around the world who came to the USA and «Two Horizons», work in progress with Paris based director – Saodat Ismailova, produced by CEC Art Slink. 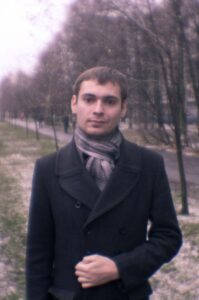 Vladimir Ladomirov (1993, Russia) born in Mariupol (Ukraine). In 2014 graduated from the Khabarovsk Regional College of Art (piano class). In 2019 graduated from Rimsky-Korsakov St. Petersburg State Conservatory as a compositor.  He was awarded in the Third Open Far East Competition for Young Composers Y. Y. Vladimirov and Choir Laboratory of the XXI century in St. Petersburg, and became the finalist of the International Sergei Slonimsky Composition Competition. Ladomirov’s music was performed by the GAMEnsemble, the St. Petersburg MolOt-ensemble and the MCME.

Jemma Minasyan (1998, Armenia) was born in Erevan. After music school she studied at the Arno Babadjanyan Musical-Pedagogical College. At the moment Jemma is a student of the Erevan State Conservatory and she is studying at the two faculties, composition (with prof. A.A.Satyan) and cello 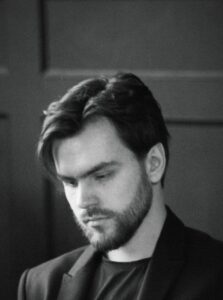 Aleksey Vasilyev (1992, Russia) was born in the city of Tolyatti, currently lives in Samara. Aleksey Vasiliev works with microtonal musical systems, in particular – with a 19-tone equal temperament. He composes music in this system, and also engaged in construction of its theory. Theoretical developments are closely related to the search for a new enarmonic musical language involving both tonal and combinatorial resources of the new system. He began to study music by learning to play classical guitar. At this time, he is designing new musical instruments for the 19-tone equal temperament system.