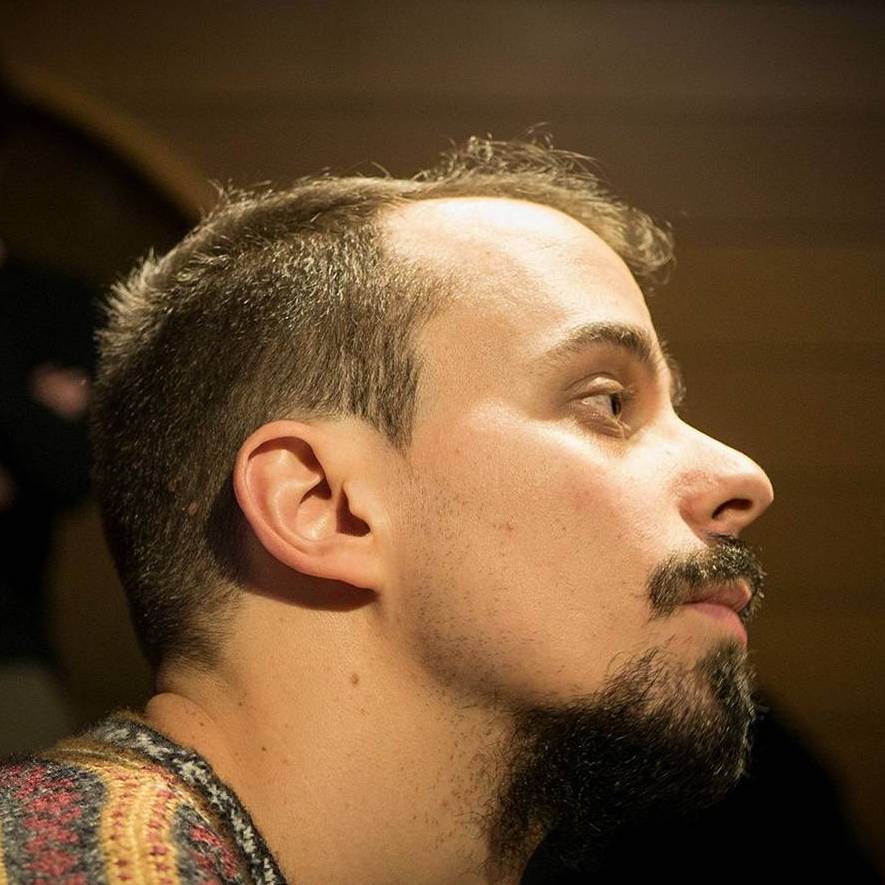 Alberto Arroyo, Spain (1989) is a Dresden-based composer. He studied composition at CSMA (Aragon, Spain) with José Ma Sánchez-Verdú and Agustín Charles and received Master Degree at HfM Dresden (Germany) with Mark Andre and Manos Tsangaris. Currently he is writing his PhD thesis (with J.P. Hiekel). He is founder and artistic director of Continuum XXI, Historical Instruments Ensemble for Early and Contemporary Music. Alberto’s compositions’ sound aims to fusion different sources in order to create an auditory illusion (a ‘meta-instrument’), while his work in the field of Music Theatre can be described as a ‘poetry of the invisible’. His music has been awarded with different prizes (such as SGAE-Fundación Autor 2011, “Klänge hinter Mauern”, “Thailand New Music and Arts Symposium 2019: Beyond Boundaries” and others) and scholarships (Mozarteum Sommerakademie, Darmstadt Institut für Neue Musik, DAAD-HfM Dresden), and has been played in Germany, Spain, Austria, Switzerland, France, Croatia, Italy, Thailand, Japan and Brazil by musicians such as Andrés Gomis, Ensemble recherche and Potsdam Kammerakademie among many others. Alberto’s compositions are published in BabelScores. 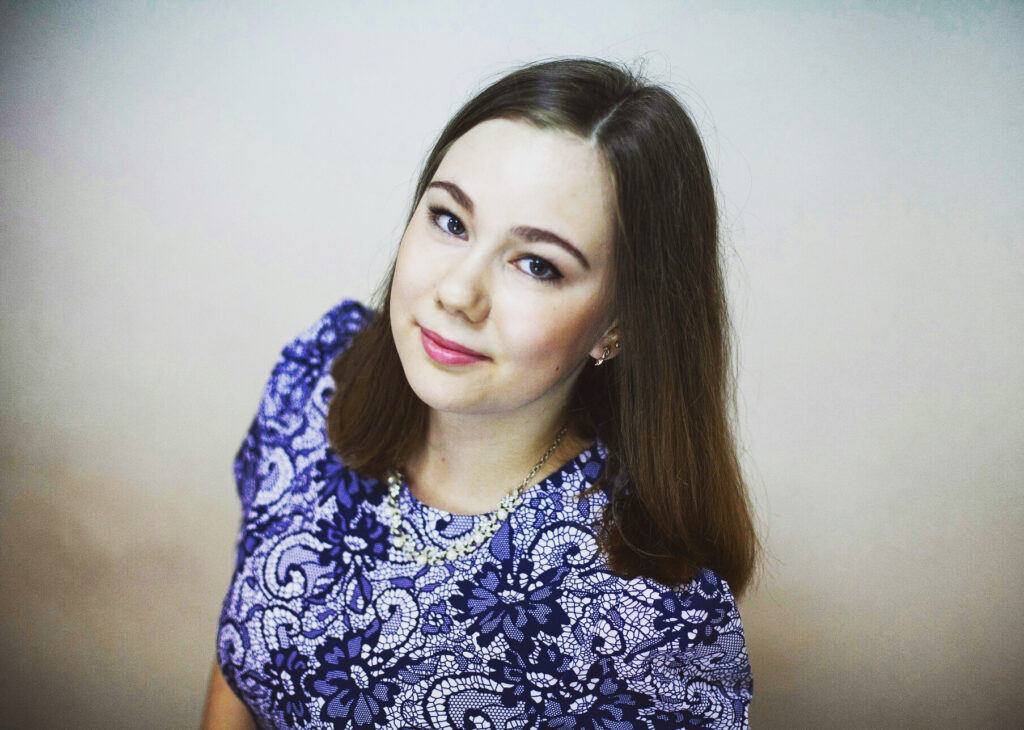 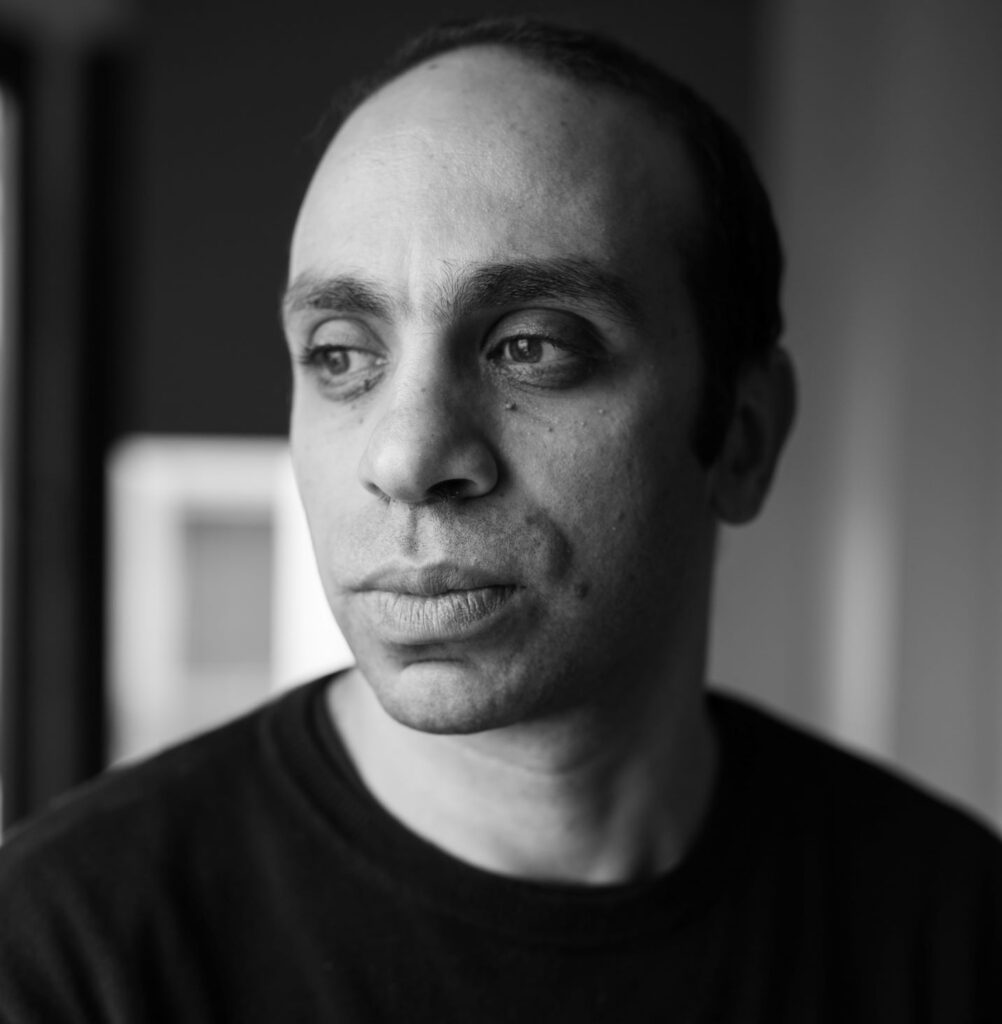 Amir Khalaf, Egypt, was born in Cairo. In 2003 he graduated from the college of fine arts in Cairo. Amir started his musical studies by receiving piano, guitar, and composition lessons. At a later age when he was 30, Amir started to compose music and since then he decided to entirely devote himself to composition. In 2020 he graduated from the University of Birmingham and awarded Masters by research in composition.  In his music, Amir explores the notion of deficiency and decay as well as the limited sonorities of the musical instruments. He is interested to transform motion into sound objects by creating ephemeral and insufficient acoustic environments inspired by Nature, folk music, and electronic music. He attended master classes and individual lessons with Pierluigi Billone, Kaija Saariaho, Dieter Ammann, Mark Andre. He participated in Festivals such as Impuls, reMusik, Sound of Wander, Festvial Mixtur, Young Euro Classic Festival, Etchings festival. 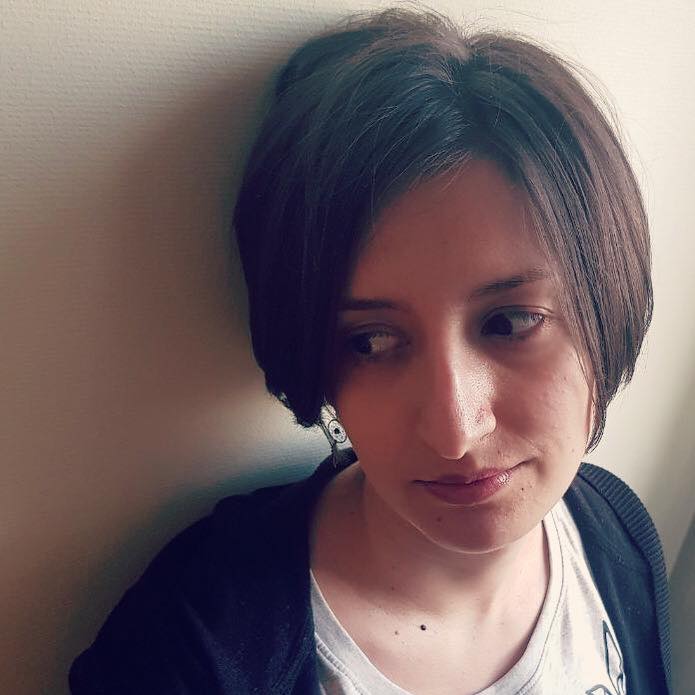 Alina Mukhametrakhimova, Russia (1990) graduated from the Musical College at the Moscow State Conservatory. P.I. Tchaikovsky (2009), and then the Gnesins Music Academy in piano (2014). She entered the second faculty – computer music and arrangement, where she studied composition in the class of Professor Victor Ulyanich (2011-2015). Laureate (1st prize) of the Khramov competition in the nomination “Young composer” (2015) Resident of the “Tolstoy Weekend” festival in Yasnaya Polyana (2017). Laureate ( II Prize) of the Grand Music Art Competition (2019). Member of the International Creative Laboratory for Young Composers and Directors “Acoustic Reading” (2019). Laureate (III prize) at the All-Russian Sergey Prokofiev competition (2020). Laureate (III Prize) of the 1st International Competition of Composers “Winterreise” (2020) Member of the Laboratory “Composer Readings” (2021) 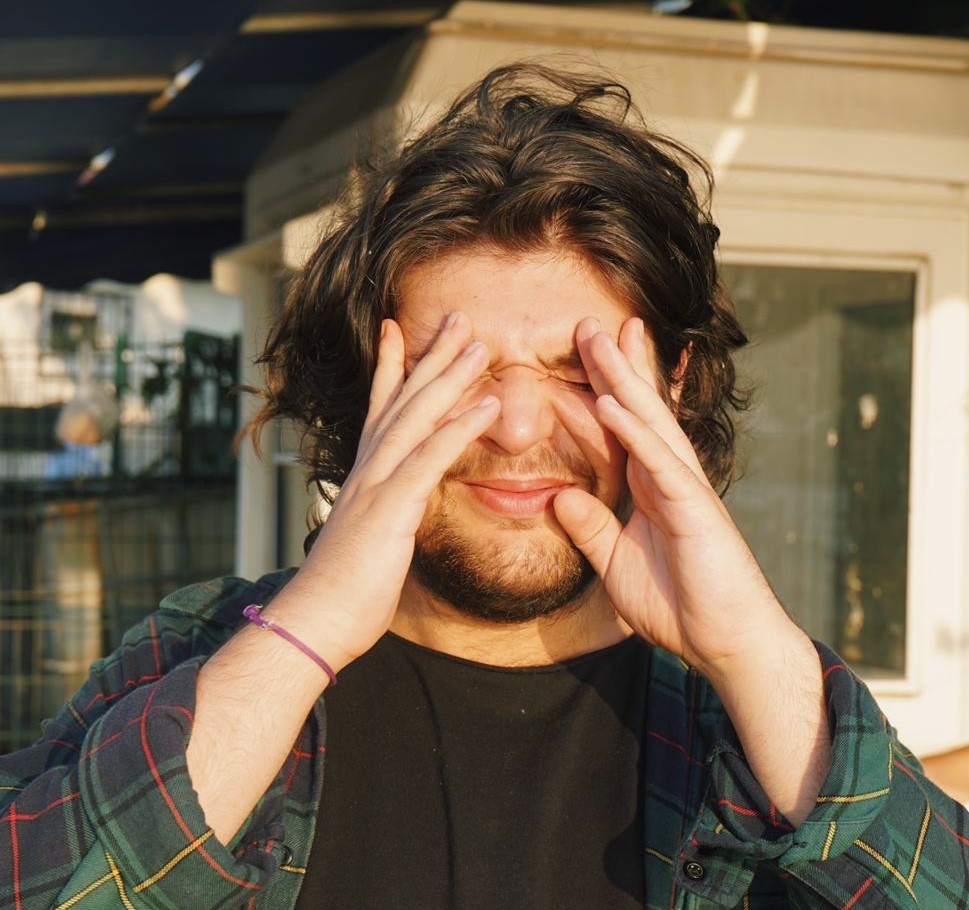 Çağdaş Onaran, Turkey was born in İzmir, Turkey, in 1999. Started to composition in 2018 and studied with Mehmet Can Özer and Füsun Köksal. He also attended lessons, courses, and masterclasses with musicians and composers. Among them: Salvatore Sciarrino, Vassos Nicolau, Chaya Czernowin, Søren Nils Eichberg, Ipke Starke and Diemo Schwarz. His works have been played by ensembles such as, Ensemble Hand werk, Ensemble KNM, Quartetto Prometeo and different parts of the world: Turkey, Italy, Germany and Netherlands. He is still continuing his Bachelor’s in Yaşar University with Füsun Köksal 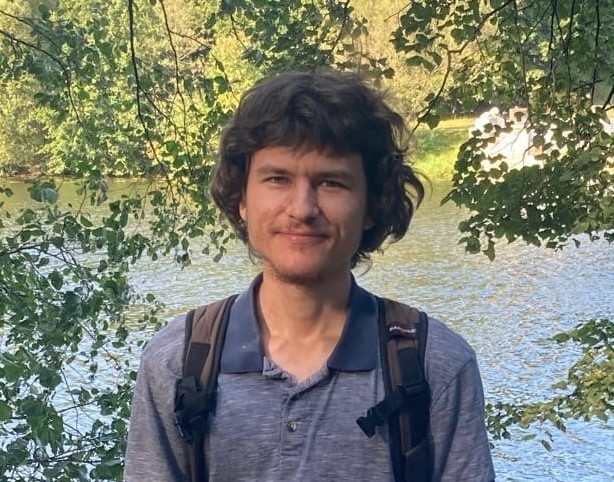 Wen Ziyang, China has studied composition lessons with Professor Huang Huwei, Professor Jia Guoping and Professor Chen Yonggang, Professor Wenchen Qin. After graduating from the Affiliated High School of Sichuan Conservatory Of Music, Wen was admitted to the Central Conservatory of Music, and ranking first in the entrance examination in 2016. In the course of his music education, Wen has published two books and 14works on journals such as Music Creation since 14 years old. He has won more than 40  music awards, Such as first prize in the 2021Jinji Lake composition competition, first prize in the German Weimar composition competition,the first prize in the 6th China -ASEAN Music Week Composition Competition etc. With his outstanding performance, he has won national scholarship (3 times),and many other awards. His works have been staged in the United States, Austria, Russia, Bulgaria, Austria, Ukraine, Germany and other 13 countries. 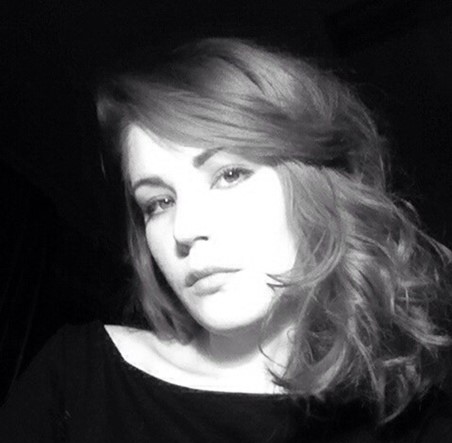 Rigel Vinskaya, Russia (1995) graduated from the Musical College under the Moscow State Tchaikovsky Conservatory (Theory, 2015), currently she is a student at the Saint-Petersburg State Rimsky-Korsakov Conservatory (Composition, A. Tanonov); studied composition at Conservatorio di Musica Stanislao Giacomantonio, Cosenza, Italy (V. Palermo) in 2020-2021. Laureate of various Russian piano and composer competitions; in 2019, a participant in the educational program of the Diaghilev Festival; took part in “Composer Chitki” in 2020 in Moscow; participant of micromusiclab led by Kourliandski, 2020, Moscow

Ilya Vyazov, Russia was born in 1999. He is a student at the Tchaikovsky Moscow State Conservatory. composition class of Yuri Kasparov. Among the performers are the soloists of the YUSOR conducted by Yuri Bashmet, the soloists of the MusicAeterna orchestra, the soloists of the Studio for New Music ensemble, the soloist of the MCME ensemble (Gleb Khokhlov, violin). Participated at the Young Composers Academy of the Winter Arts Festival in Sochi (2021 and 2022), the International Young Composers Academy in Tchaikovsky (2021), Composers’ Readings in Moscow and St. Petersburg (2022), CEAMMC Multimdeia Lab (2022), “Open Space” Laboratory (2022), III All-Russian Seminars for New Music (2022) 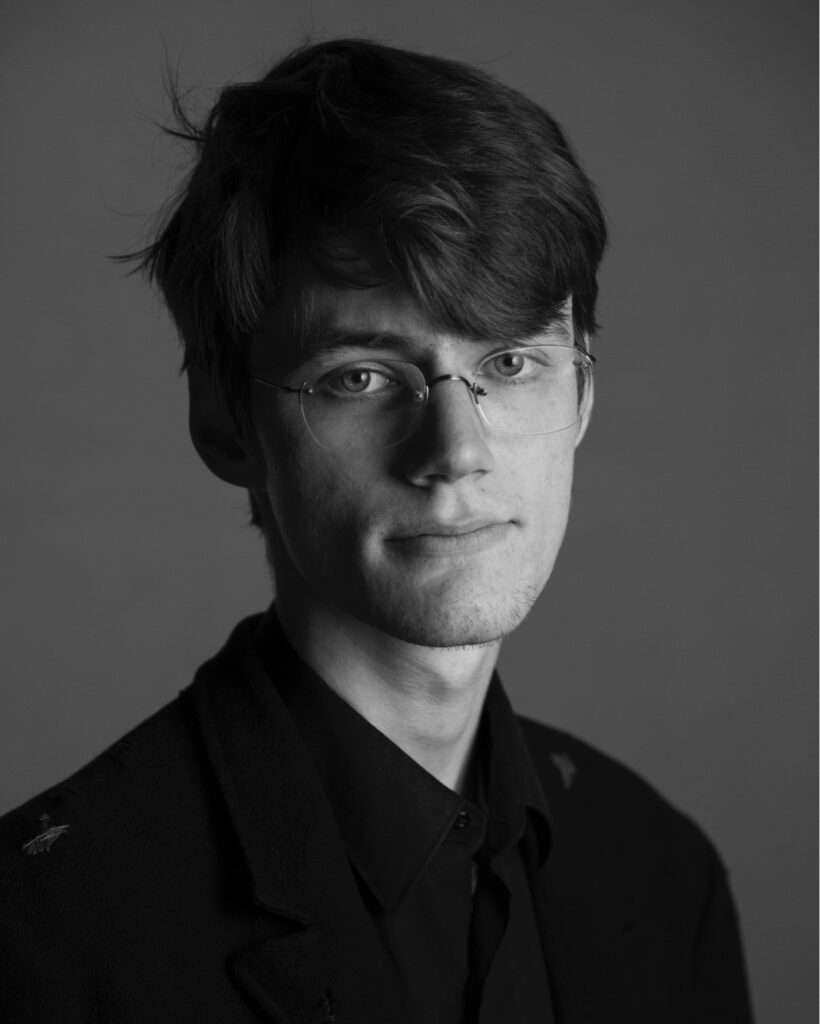 Benjamin Zervigon, USA was born in 2000 in New Orleans, LA, B.K.Zervigón began composing at a young age. Often dealing with the challenges facing the Gulf Coast due to climate change and industrialization, his work seeks to create a soundscape which reflects the interplay between heavy industry and ancient, sickly nature. This Southeast Louisiana landscape seeps into his work through often massive architectural processes against intensely emotional and intuitive feeling- like water moving through an inundated oil refinery or a child standing on a Mississippi floodwall built in the 1930s. 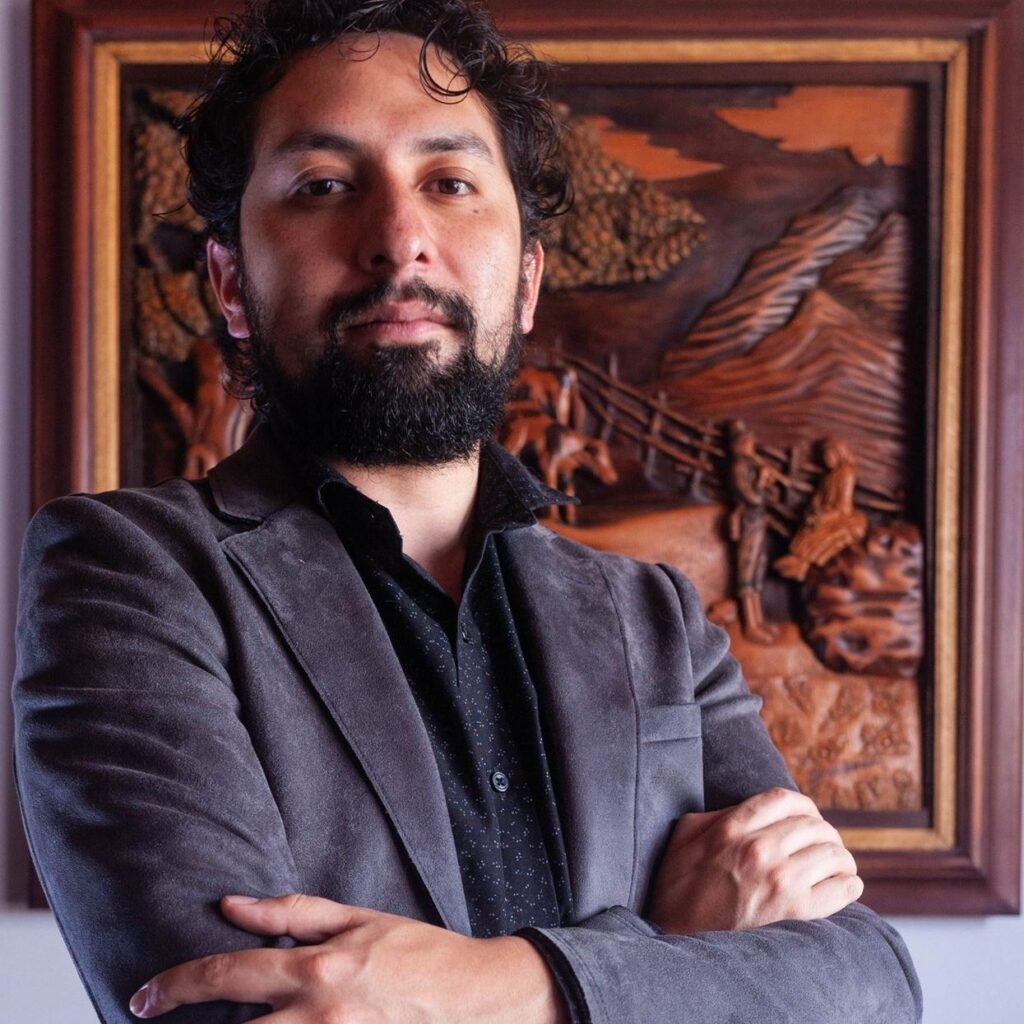 Eddie Jonathan Garcia Borbon, Colombia is a composer, digital artist and music researcher. He is a PhD student in Music Composition at the National Autonomous University of Mexico (UNAM) and a Master in Digital Arts at the Far Eastern Federal University of FEFU (Russia). Master in Musical Composition Using New Technologies from the International University of La Rioja (Spain), Bachelor of Musical Arts (Composition and Arrangement) from UDFJC (Colombia). He is a member of the Millennium Composers Initiative MCI (USA) and the International Guild of Young Musicians “InternationalMolOt”. Eddie Borbon explores the applications of artificial intelligence in art, in particular the modeling of harmonic spaces with graph theory and its application to algorithmic composition and evolutionary electronics. His works have been performed in Colombia, Argentina, USA, Spain, Russia and South Korea 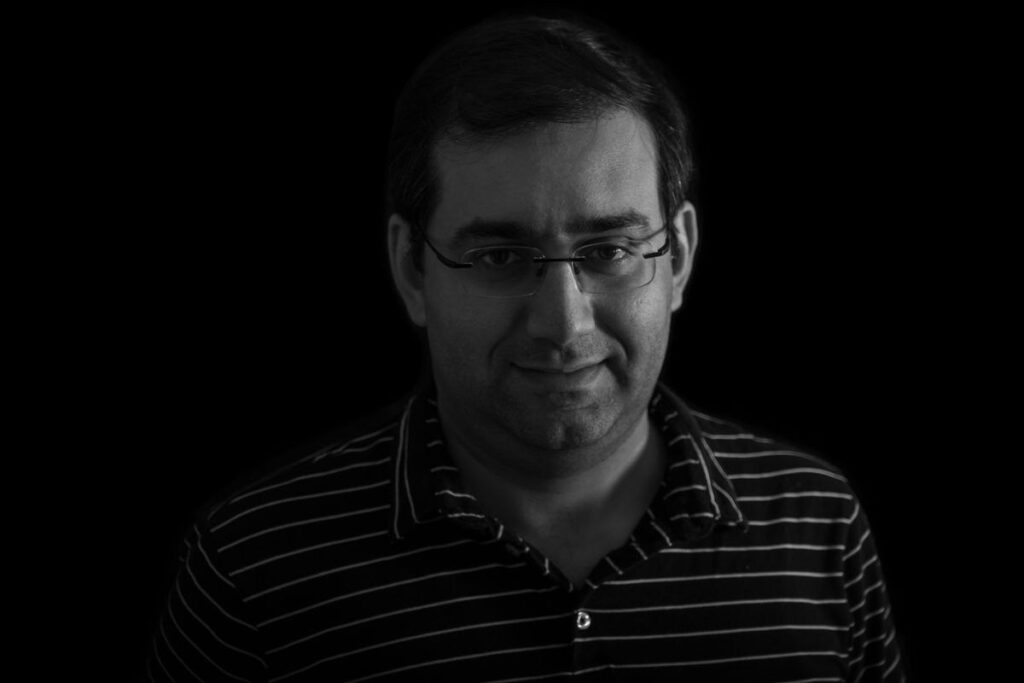 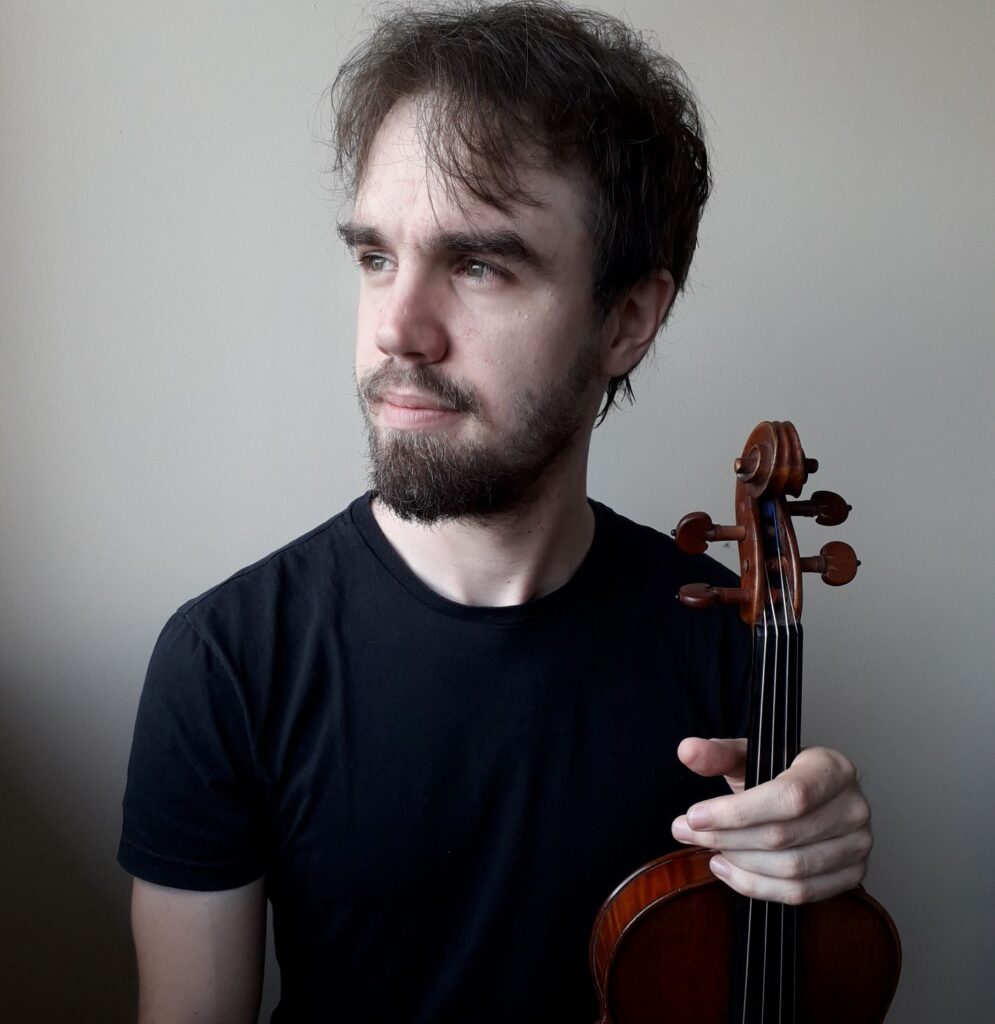 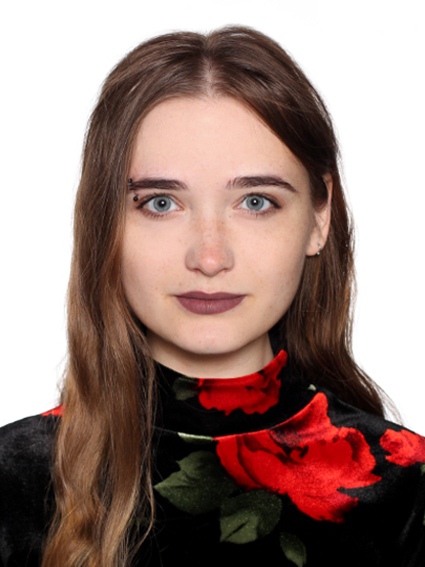 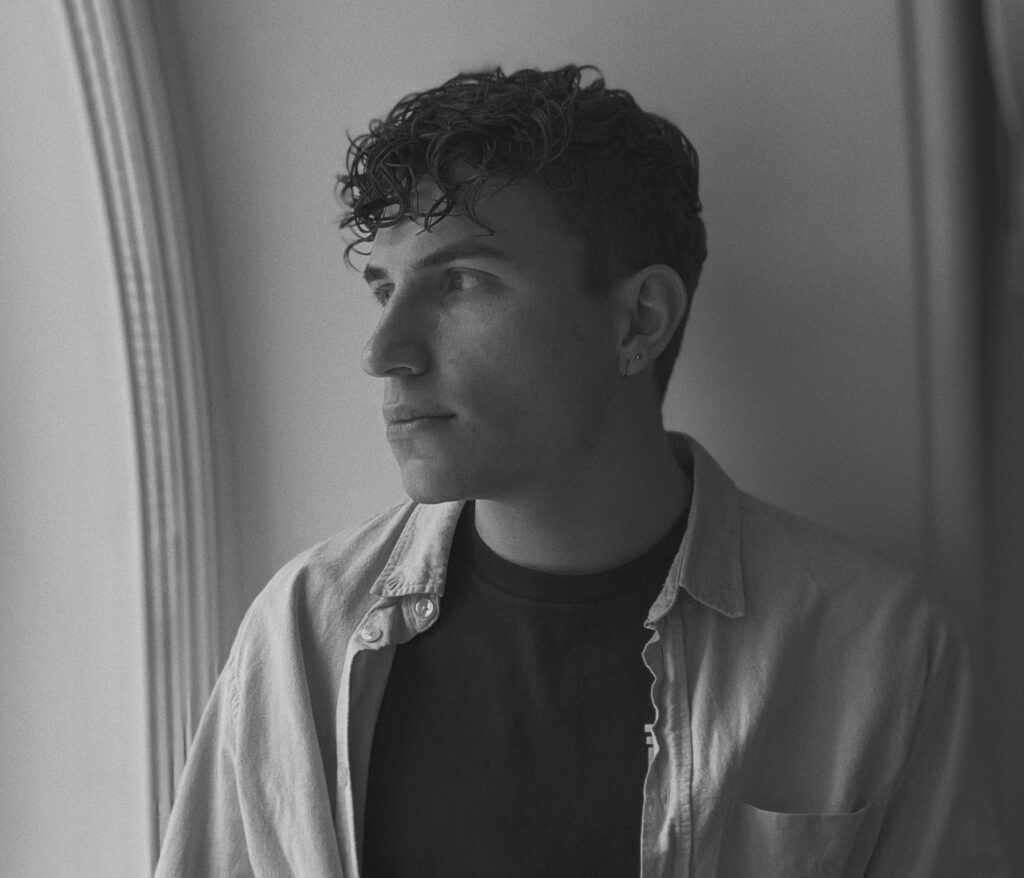 Stanislav Frolov is a composer, student of the Moscow State Conservatory. Born in 1999 in Chelyabinsk. He graduated from the Special Music School and College at the South Ural State Institute of Arts. Laureate of international competitions in Greece, Bulgaria and Russia. Participant of “Composer’s Readings” (Moscow, 2022). 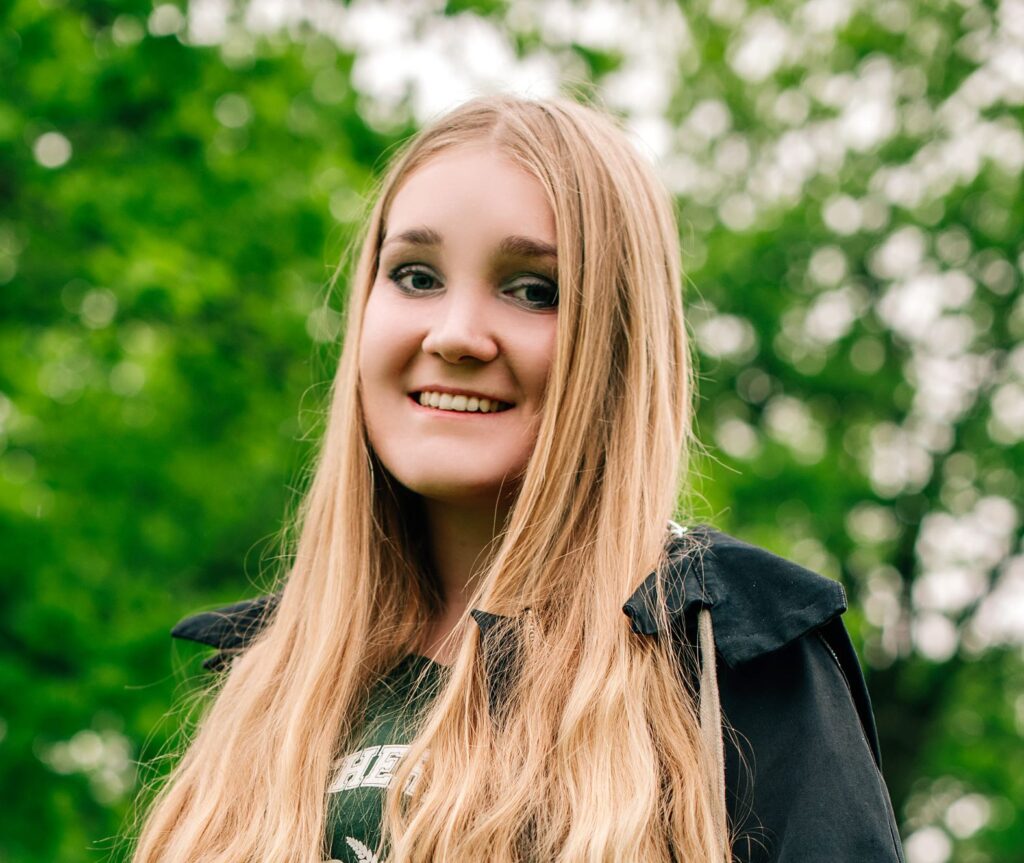 Nadezhda Boyadzhieva, Russia was born in Ryazan, and has been living in Moscow since 2015. Student of the Moscow Conservatory, class of Professor Vladislav Agafonnikov. Laureate of international competitions (XIII All-Russian Kholopov Competition – 1st place, 2019; V All-Russian Ippolitov-Ivanov Competition – 2nd place, 2019; IV International Music Olympiad “Four Quarters” – Grand Prix, 2020; II All-Russian Internet Competition “Musical talents of Russia” – 1st place, 2020; XII International Gnesina Memorial Competition – 2nd place, 2021; and others). Recipient of the Grant of the President of the Russian Federation and the Scholarship of the Union of Composers of Moscow. She took part in the project “Composer’s Readings” (Nizhny Novgorod, 2021). Selected for participation in the Ural Night of Music festival 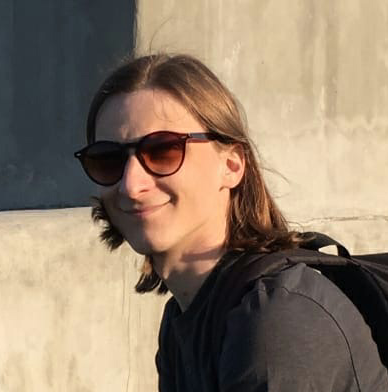 Daniil Eremin, Russia graduated from the Serebryakov Volgograd College of Arts as a pianist. At the moment he is a student of the Moscow Conservatory in the class of Professor Vladimir Tarnopolsky (composition). In 2022, he took part in the Composer’s Readings, where the work “clarinet, violin, cello” was performed. He also took part in music festivals in Rostov-on-Don and Volgograd. His composing worldview was strongly influenced by the work of composers of the New York School (Morton Feldman, Christian Wolfe), the late works of Ioanis Xenakis of the 90s (“Ergma”), the painting of Philip Gaston, Francis Bacon, the literature of Louis-Ferdinand Céline 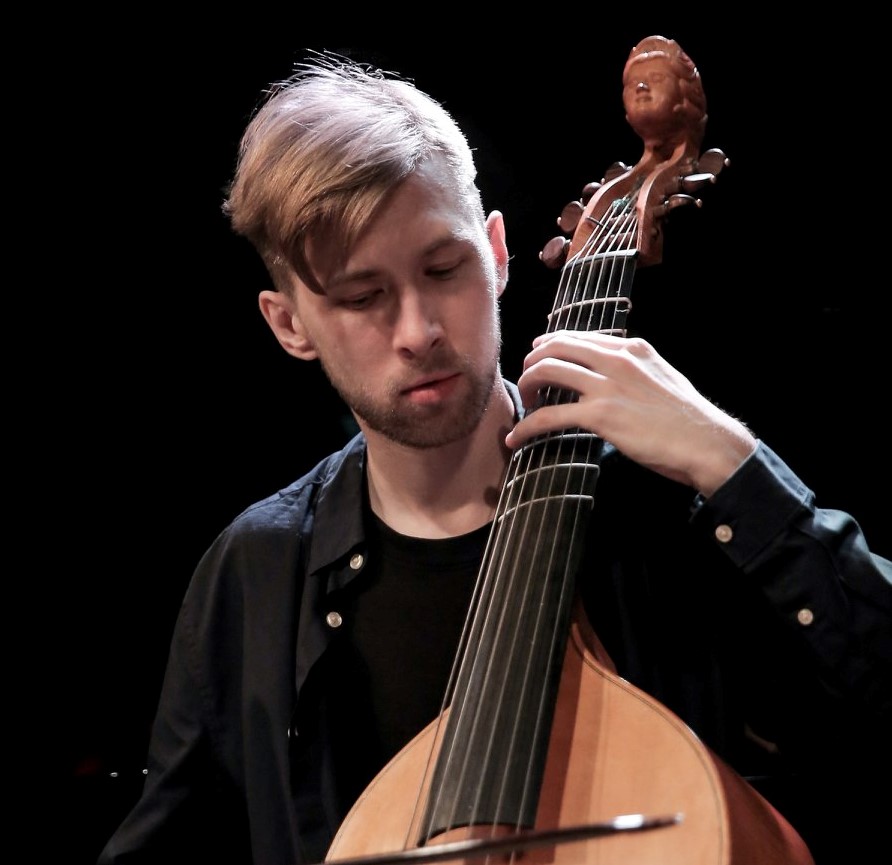 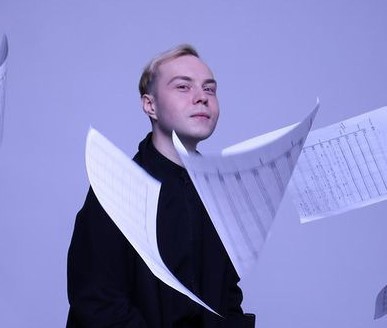 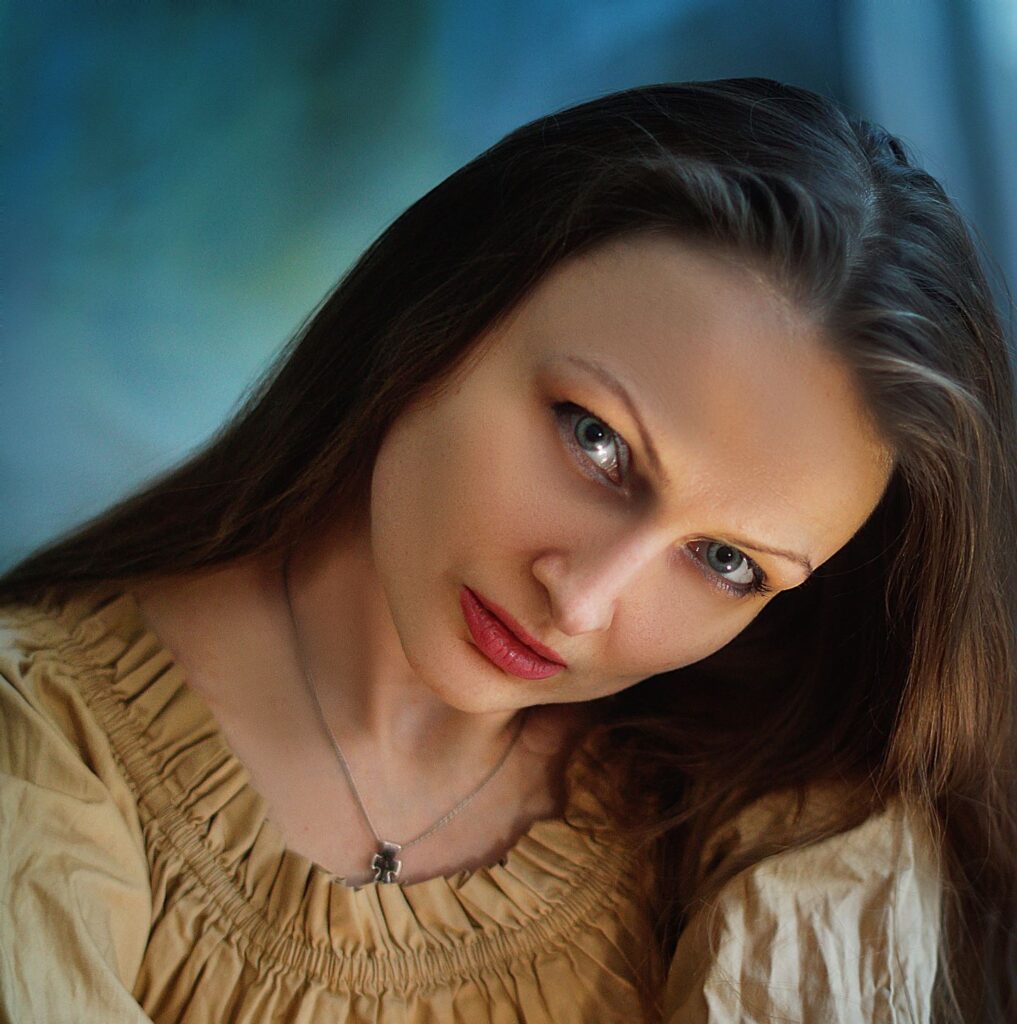 Uliana Kuprovskaya, Russia (1983) – composer, musicologist, decorator, since 2020 a member of the Russian Composer Union. She has an art education and has been working as a designer-decorator for about 20 years. Author of chamber, vocal, choral, symphonic music and ballet “Egyptian Mysteries”. In 2018 she graduated from the Rachmaninov Rostov State Conservatory (Academy) with a degree in composition (class of a Professor V.F. Krasnoskulov) and in 2020, in the same place, an assistant internship in the specialty Art of Composition. Laureate of international and all-Russian competitions, regularly takes part in concerts, festivals and master classes, including: IV International Festival of Contemporary Music “One Eighth” (Rostov-on-Don, 2017), III International Music Academy (Department of Composition) XI Winter International Festival of Arts (Sochi, 2018), educational program of the International Diaghilev Festival of Arts (Perm, 2019), micromusiclab laboratory under the direction of Kourliandski (Moscow, 2020), VI Festival of Contemporary Art DSPL ART (Rostov-on-Don, 2021), All-Russian Summer school of composers with international participation “Choral laboratory. XXI century” (St. Petersburg 2021-2022), Laboratory for the creation of chamber operas (Novosibirsk, 2022)

Alexander Lukashov, Russia was born in 1995 in Kaluga. In 2017 he graduated from the Taneev Music College with a degree in music theory. Since 2015, he has been actively working in the field of performative practices, conceptual art, site-specific art, and visual poetry. Conducted various conceptual actions at the sites of Kaluga, Tula, Ryazan, Moscow and other cities. Since 2017 published on stihi/ru: https://stihi.ru/avtor/dardormeer In his activity, representing the process of work-in-progress, he studies the nature of the splitting of personality, identity, sacred and marginal, arche. Participant of international composer competitions and festivals. Member of the “Composer’s Readings” in 2021 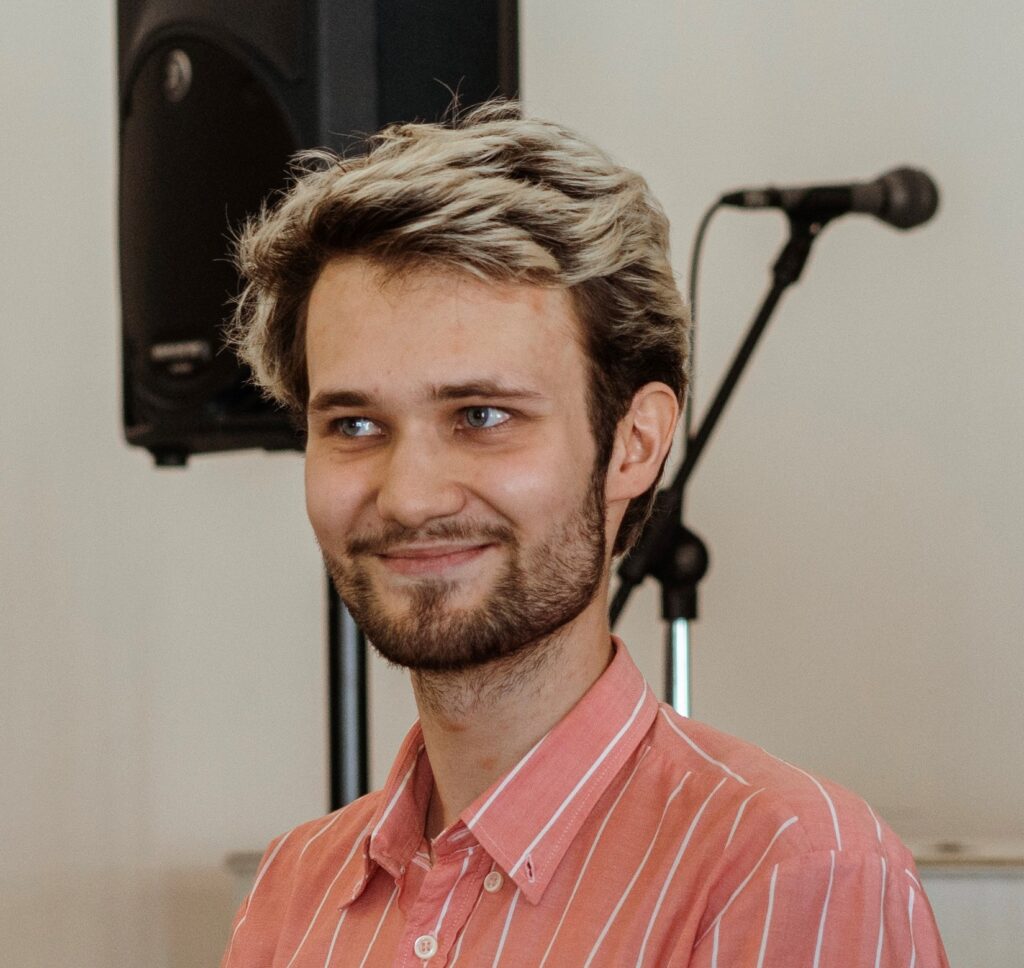 Lukas Sukharev, Russia was born in Syktyvkar. He graduated from the Gymnasium of Arts under the Head of the Komi Republic with a red certificate and the College of Arts of the Komi Republic with a red diploma in the specialty “percussion instruments”. Laureate of all-Russian and international competitions in Poland, Spain, Ukraine and Russia. In 2021, he entered the 1st course of the Tchaikovsky Moscow State Conservatory at the Faculty of Science and Composition with a degree in composition. Participant of the “Composer’s Readings” in St. Petersburg (2022)