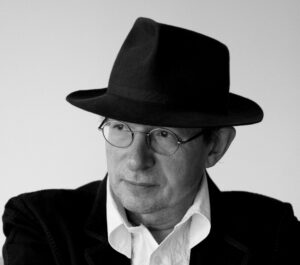 Bernard Cavanna was very young when he decided to be a composer and he went on to embark on the career, mostly self-taught. Cavanna, who is an intuitive and clearly original creative artist, received encouragement from Henri Dutilleux, Paul Méfano and Georges Aperghis. Cavanna’s repertoire has some thirty pieces covering most musical genres and featuring three concertos making distinctive use of one of the instruments of the ensemble which could be described as his musical fetish, the trio of violin, cello and accordion.  The composer invariably sees the concerto form as a conflict situation with the soloist struggling against massive, shattering or thundering orchestral forces. This predilection for conflict, confrontation and contrast is even more apparent in Messe, un jour ordinaire (1994). Other striking works in Cavanna’s repertoire are Io (1980/81), one of his early works showing the influence of Xenakis, composed for voice and eleven instruments;  La Confession impudique (1987/1992), an opera based on The Key, a short story by Tanizaki, which has had a number of productions;  the Sept chants cruels for soprano and orchestra, first performed in 2006 by Rayanne Dupuis (soprano) and the Ensemble Intercontemporain (conducted by Jonathan Nott);  and Gennevilliers Symphony (commissioned by the Orchestre National des Pays de la Loire, which gave the premiere performance, conducted by Daniel Kawka, in 2006. 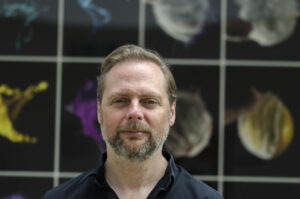 Bryn Harrison was born in Bolton in 1969, and studied first at Leeds College of Music (1988-91). There he developed an interest in composition, spurred on by his yearly attendance at hcmf, beginning in 1991. In addition to deepening his knowledge of contemporary music, the festival gave him some early performances of his work, most notably Frozen Earth played by Irvine Arditti and Mieko Kanno in 1995. From 1994-6 he studied for an MA with Gavin Bryars, before freelancing until his appointment as a lecturer at the University of Huddersfield in 2006, with a PhD following in 2007. He is currently Head of Composition at the university. His work has been performed by many of the leading European ensembles, including ensemble recherche, Apartment House, London Sinfonietta, [rout], Ixion, Klangforum Wien, asamisimasa, plus-minus ensemble and London Symphony Orchestra, and at festivals including Wien Horgange, Ultraschall, Hannover Biennale, Gaudeamus, Festival Klangspuren, Europaischer Musikmonat, Wittener Tage, Ostrava, Paris Festival Automne and the ISCM World Music Days (Yokohama, 2001). 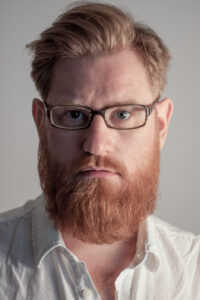 Martin Schüttler, born 1974, is composer and performer. He studied composition and computer music with Thomas Bruttger, Diego Feinstein, Nicolaus A. Huber and Ludger Brümmer. His work contains pieces for solo instruments, orchestra, choir and ensembles; tape music, sound installations, film music and media art. Most of his music is using electronics and/or new media.
For his music he received several awards, including the Kranichsteiner Kompositionspreis of the Darmstädter Ferienkurse 2002. Between 2000 and 2004 he worked as an composer in residence at the ZKM in Karlsruhe. His music has been performed by famous musicians and ensembles, such as Ensemble Modern, Asamisimasa, Musikfabrik, SWR Vokalensemble, Nadar Ensemble, Ictus, and the hr-Sinfonieorchester Frankfurt.
Since 2014 Schüttler is professor for composition at the Hochschule für Musik und Darstellende Kunst in Stuttgart. He currently lives and works in Stuttgart and Berlin. 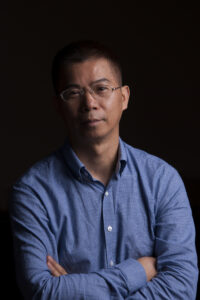 Deqing Wen, a Chinese Swiss composer, studied composition at Fujian Normal University (China) with Guo Zu-Rong, the China Conservatory of Music with Shi Wan-Chun and Luo Zhong-Rong, le Conservatoire de Musique de Genève (Switzerland) with Jean Balissat, le Conservatoire National Supérieur de Musique de Lyon (France) with Gilbert Amy, and Columbia University (US) as a visiting scholar under Tristan Murail. He has been listed in Who’s Who in the World of Music by Cambridge Biographic Center. He is currently a professor of Composition at Shanghai Conservatory of Music and Artistic Director of New Music Week of Shanghai Conservatory of Music. He is also a member of the Societé Suisse pour les Droits des Auteurs d’Oeuvres and vice-chairman of the China-ASEAN musicians union. Deqing Wen has been honored with concerts portrait, as well as master classes, dedicated to his compositions in China, Switzerland, France, Denmark, the United States, Germany and Israel. His works are published by Swiss Musical Edition, Bärenreiter-Verlag (Germany), Shanghai Conservatory of Music Press, Beijing People’s Music Publishing House. His albums are released by Stradivarius Records (Italy), Grammont Portrait Contemporary SWISS, Naxos Records, Shanghai Music Publishing house and Fujian Audio and Video Publishing House. Wen is a chosen composer of the Prize of the State of Geneva 1993, the Prix Cultura 1999 of the Foundation Kiwanis and the Composer Prize 2001 of the Foundation Leenaards of Switzerland. 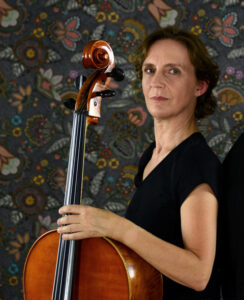 Ulrike Brand, born in Germany, was introduced to contemporary cello-playing by Siegfried Palm. At the Music-High-School of Cologne she studied with Peter Eötvös, Mauricio Kagel and the Amadeus String-Quartet. Since 1985 she has participated as a soloist in the major international festivals of contemporary music. In 1986 she settled in Italy, where in 1987 she initiated the festival of the Quaderni Perugini di Musica Contemporanea that she directed until 1997. She has worked closely with John Cage, as well she has commissioned and premiered works by several younger composers. She realized radio broadcasting productions in Italy, Swiss, Germany, France, Uruguay and Norway. In improvised music she has played among many others  with Edwin Prévost, John Tilbury,  Robyn Schulkowsky, Joey Baron, Biliana Voutchkova, Matthias Bauer and Olaf Rupp.
Since 2017 she is Lecturer for Improvisation at the University of the Arts Berlin. In 2015 together with performer Tomomi Adachi, she has received a research grant by the Berliner Senat. In 2016 she received the artist-residence Schloss Wiepersdorf. She i as well active as a curater of  concert series and interdisciplinary projects involving visual arts, dance, language and live electronics. 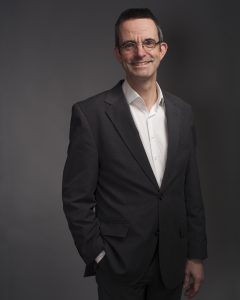 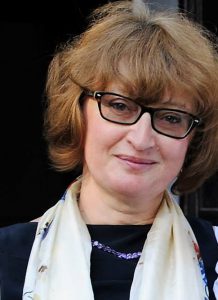 Elena Cheremnykh is music critic, expert of the Golden Mask Prize, the author of more than 2500 articles and two researches devoted to Moscow Big Symphony Orchestra and State Symphony Orchestra of Tatarstan Republic. She was born in Kazan, graduated from Moscow Conservatory Theory Department. From 1997 till 2003 she was the Music browser of the Kommersant Newspaper. In 2005 she was a head of the press and the express reviewer of the I International Pianists Competition named after. S. Richter. In 2008 she directed the Culture department of the newspaper “Gazeta”. In 2011 she was the official website author, analyst and reviewer of the official blog of the XIV Competition. P. I. Tchaikovsky. Elena Cheremnykh collaborated with the editions of “Vremya Novostei”, “Moscow News”, “Russian Journal”, GlobalRuss.ru, Internet portal Infox. In recent years she is the author of the Vedomosti newspaper, the Forum magazine, a special correspondent of the Business Online portal (Kazan), an expert of the Golden Mask (2013, 2015), a member of the Golden Mask jury (2018), a moderator of the Discussion Club at the “Diaghilev Festival” (Perm) 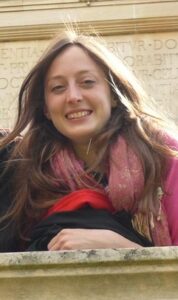 Dr Tamsin Alexander is a lecturer at Goldsmiths, University of London. Her PhD research, under the supervision of Prof Marina Frolova-Walker at the University of Cambridge, was on the transnational spread of Russian opera in the nineteenth century. Her findings from that project have been published most recently in Musiktheorie and Cambridge Opera Journal, and presented at numerous conferences in the UK and internationally. She is now embarking on new research on how changing lighting technologies shaped musical culture in the nineteenth century. 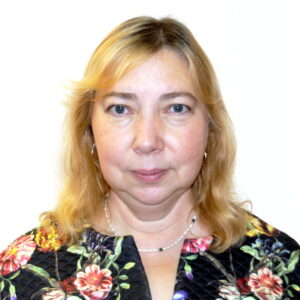 Julia Batalina – journalist, editor, theater critic. Editor of the Culture Department of Publishing House “Companion”. She worked in the newspapers “Mestnoye Vremya”, “Perm News”, magazines “Spire”, “Airport Perm” and others. Author and editor of programs on the TV channel “Rifei”. Twice laureate of the Gaidar Journalist Prize. Member of the jury of the festival “MonoFest”, the landscape theater festival, the film festival “Flahertiana” and others.