PROFESSORS AND GUESTS OF VI ACADEMY 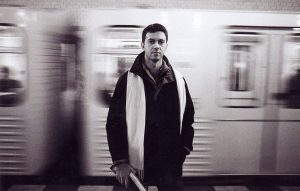 Fabien Lévy (France)
studied composition with Gérard Grisey at the Conservatoire National Superieur de Musique in Paris. He received a Ph.D. in musicology from the EHESS. He worked at IRCAM as pedagogical advisor (1999-2000) and lectured in the musicology dept at the Sorbonne University (Paris). He taught orchestration from 2004-2006 at the Hochschule für Musik Hanns-Eisler in Berlin (Germany), and was 2006-2012 Assistant Professor of Composition at Columbia University in New York (USA) and is currently professor for composition at the Hochschule für Musik Detmold in Germany.
His works, published by Billaudot and Ricordi Germany, have been performed in the entire world by ensembles and soloists including J.-G. Queyras, the Ensemble Recherche, 2E2M, the Argento Ensemble, the neue Vocalsolisten Stuttgart, the Ensemble Modern, the Tokyo Philharmonic Orchestra or the Berlin Radio Symphony orchestra. In 2001 he was resident of the DAAD Berliner Künstlerprogram in Berlin and in 2002-2003 of the Villa Medici / French academy in Rome. He won the 2004 Förderpreis from the Ernst von Siemens Foundation for music. He lives in Berlin. 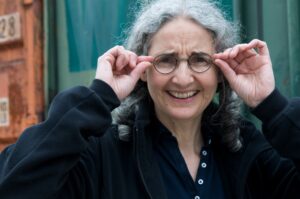 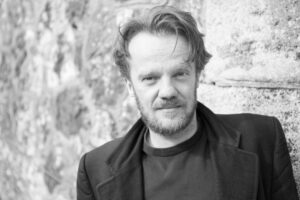 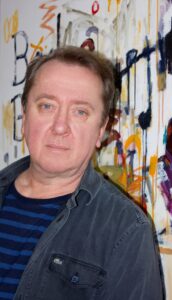 Michael Smetanin (Australia)
Michael Smetanin is one of the most distinctive figures among  Australian composers. Born in Sydney in 1958 of Russian parents he completed study at the Sydney Conservatorium  1981 and then having been awarded an International Fellowship by the Music Board of the Australia Council and a Netherlands Ministry of Education and Science scholarship went to study with leading Dutch composer Louis Andriessen at the Royal Conservatorium in the Hague. Smetanin’s music has been extensively performed and recorded internationally  with works appearing on over 30 individually released CD albums. The title of his work The Ladder of Escape was appropriated as the  name of an entire new music CD series released by Attacca records and performances include a Bremer Podium (Portrait) Konzert at Radio Bremen in Germany. More recent major works include his Piano Concerto entitled Mysterium Cosmographicum premiered by the Sydney Symphony Orchestra with Lisa Moore as soloist in 2005 and Microgrpahia  commissioned and premiered by the Schoenberg Ensemble in Amsterdam in 2007.  Since then he has written works for ensembles such a Crash (Ireland), Insomnio (Holland) and has recently  completed work on his 4th opera entitled  Mayakovsky which was premiered in 2014. His most recent work Klang-Tek  will be premiered in Holland in September 2016. Smetanin is an Associate Professor of Composition at the Sydney Conservatorium of Music. 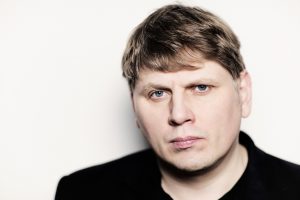 Sergej Newski (Germany / Russia)
Sergej Newski was born in Moscow in 1972. He studied composition with Jörg Herchet at the Hochschule für Musik in Dresden, and with Friedrich Goldmann at the Universität der Künste in Berlin. There he also studied music theory and pedagogy with Hartmut Fladt. Masterclasses with Vinko Globokar and Matthias Spahlinger, meetings with Helmut Lachenmann, Beat Furrer and Helmut Oehring, and contacts with the free improvisation scene in Berlin have all had a lasting influence on his development as a composer. Since 1994 his music has been performed at the leading international New Music festivals, including the Donauechingen Festival, Wien Modern, Éclat, the Gaudeamus Music Week, the Berliner Festwochen, the ISCM World New Music Days, the Moscow Territoryfest, and UltraSchall. He has received commissions from, among others, the Deutsche Staatsoper Unter den Linden, the Berlin Konzerthaus, Ruhrtriennale, Klangforum Wien, the Scharoun Ensemble, the Neue Vocalsolisten Stuttgart, etc. Interpreters of his music include not only Klangforum Wien, the Neue Vokalsolisten and Ensemble Modern, but also the Nieuw Ensemble, Musikfabrik, the Moscow Contemporary Music Ensemble, KNM Berlin, ensemble mosaik, as well as soloists and performers such as Teodoro Anzellotti, Natalia Pschenitschnikowa, and conductors like Peter Rundel, Johannes Kalitzke, Jürg Wyttenbach, Titus Engel, Enno Poppe, Teodor Kourentzis und Vladimir Jurowski. In 2006 Sergej Newski won 1st Prize at the Landeshauptstadt Stuttgart composition competition for his piece Fluss (2005 version). In addition, he has gained various scholarships, including those from the Villa Massimo/Casa Baldi, Villa Serpentara, Künstlerhof Schreyahn, Cité Internationale des Arts Paris, the Berlin Senate and the Akademie der Künste in Berlin. 2011-12 Sergej Newski is music curator for the project Platform, a series of events organized by the Center for Contempoary Art Vinzawod in Moscow, supported by the Russian Cultural Ministry. 2012- guest lecturer for composition at State University of St. Petersburg. Sergej Newski lives both in Berlin and in Moscow.