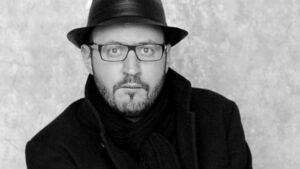 Raphael Cendo was born in 1975, studied piano and composition, first at Paris Ecole Normale de Musique, then at Conservatoire National Supérieur and completed the program for composition and electronic music at IRCAM in 2006. He studied composition with Allain Gaussin, Brian Ferneyhough, Fausto Romitelli and Philippe Manoury. Raphaël Cendo has written compositions for internationally renowned ensembles such as L’Itinéraire, the National Orchestra of Île de France, Ensembe Intercontemporain and Ensemble Modern.
Many of his compositions have been played at important festivals such as Mito Festival in Milano, Biennale di Venezia, Radio France – Montpellier Festival, Voix Nouvelles Festival in Royaumont, Ars Musica in Brussels, Musica in Strasbourg, Why Note in Dijon, Donaueschingen and the Darmstadt Summer Course.
In 2007 Raphaël Cendo was awarded the Prix Espoir of the Francis and Mica Salabert Foundation of for Orchestre Symphonique du Montréal. Since 2008 he teaches composition at Conservatoire de Nanterre. From 2009 to 2011 Raphaël Cendo was resident at the Académie de France in Rome (Villa Médici), received the Prix Hervé Dugardin of Sacem in 2011 and the Prix Pierre Cardin in 2013.
After 2012 Raphaël Cendo will be composition tutor in Darmstadt for the second time. Andrew Toovey was born in London in 1962, and studied composition with Jonathan Harvey, Michael Finnissy and briefly with Morton Feldman. He has won a series of prestigious composition prizes including the Tippett Prize, Terra Nova Prize, the Bernard Shore Viola Composition Award and an RVW Trust Award.
Toovey has been the artistic director of the new music ensemble IXION since 1987 and was composer-in-residence at the Banff Centre, Canada for four successive years. He has worked extensively on education projects for Glyndebourne Opera, English National Opera, Huddersfield Festival, the South Bank Centre and the London Festival Orchestra, and has been composer-in-residence at Opera Factory and the South Bank Summer School.
Toovey’s work embraces a huge diversity of influences, from musical extremes such as Feldman and Finnissy, or the poetry of Artaud, Cummings and Rilke, to a passion for 20th century art. Recent Toovey commissions have included Music for the Painter Jack Smith (Brighton Festival), Dutch Dykes (De Ereprijs), Self portrait as a Tiger! (Ensemble Reconsil Wein) and Going home (BBC for the Szymanowski String Quartet). He has recently been commissioned by the BBC to write a viola concerto for the William Primrose festival in Scotland (2004), an orchestral suite based on music from his first opera UBU and a large orchestral work.
Since 1982 he has written over 100 pieces for orchestra, large ensemble, chamber groups and many solo instruments as well as opera. Recent works include Verboten, Holding You and Euonia (a self-contained group of ensemble pieces), First Out, Preludes and Schrott, all for solo piano, the sequence ‘The way it is now’ for voice and viola, Contrecto for harmonium and tabla (there is also a version for violin and harmonium) and Pump Triptych for solo clarinet. He has just completed a chamber opera based on James Purdy’s novel Narrow Rooms to a libretto by Michael Finnissy. 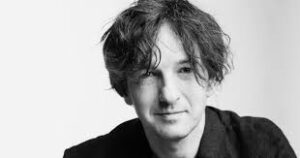 Vladimir Rannev was born in Moscow in 1970. He graduated in 2003 from the composition department of the St. Petersburg Conservatory, where he studied with Professor Boris Tishchenko. From 2003 to 2005 he studied electronic music at the Hochschule für Musik in Cologne with Professor Hans Ulrich Humpert. Rannev is a recipient of the Gartow Stiftung scholarship (Germany, 2002), the winner of the Salvatore Martirano Award of the University of Illinois (U.S., 2009), and the Gianni Bergamo Classic Music Award (Switzerland, 2010). His Opera Two Acts, to a libretto by Dmitry A. Prigov, premiered at the Hermitage Museum in November 2012, and was awarded the Sergei Kuryokhin Grand-Prix (2013). It was nominated for a Golden Mask award in 2014. Rannev’s music has been performed in Germany, Austria, Switzerland, the U.K., Finland, Japan and the U.S. by various ensembles, including the Orchestra of the St. Petersburg Conservatory Opera and Ballet Theater, the Russian State Academic Symphony Orchestra, the ensemble of the Pro Arte Institute, One Orchestra, the Studio for New Music, the Moscow Contemporary Music Ensemble, ensemble Pincode (Russia), Nostri Temporis, ensemble Contrasts (Ukraine), Orkest de Volharding, the Amstel Quartet (The Netherlands), Mosaik, Les Eclats du Son, Integrales, LUX:NM, ensemble Clair-obscur, the Singakademie Oberhausen and Cantus Domus choirs (Germany), Ums ’n Jip, KontraTrio, Ensemble Phoenix Basel and Ensemble Proton Bern (Switzerland). Rannev is a member of the StRes (Structure Resistance) group of composers (Russia), and a lecturer at the Rimsky-Korsakov St. Petersburg Conservatory, and St. Petersburg State University.Sergej Newski, composer (Germany / Russia) 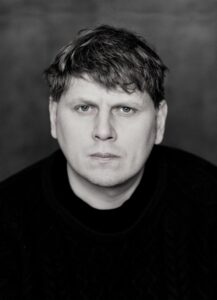 Sergej Newski was born in Moscow in 1972. He studied composition with Jörg Herchet at the Hochschule für Musik in Dresden, and with Friedrich Goldmann at the Universität der Künste in Berlin. There he also studied music theory and pedagogy with Hartmut Fladt. Masterclasses with Vinko Globokar and Matthias Spahlinger, meetings with Helmut Lachenmann, Beat Furrer and Helmut Oehring, and contacts with the free improvisation scene in Berlin have all had a lasting influence on his development as a composer. Since 1994 his music has been performed at the leading international New Music festivals, including the Donauechingen Festival, Wien Modern, Éclat, the Gaudeamus Music Week, the Berliner Festwochen, the ISCM World New Music Days, the Moscow Territoryfest, and UltraSchall. He has received commissions from, among others, the Deutsche Staatsoper Unter den Linden, the Berlin Konzerthaus, Ruhrtriennale, Klangforum Wien, the Scharoun Ensemble, the Neue Vocalsolisten Stuttgart, etc. Interpreters of his music include not only Klangforum Wien, the Neue Vokalsolisten and Ensemble Modern, but also the Nieuw Ensemble, Musikfabrik, the Moscow Contemporary Music Ensemble, KNM Berlin, ensemble mosaik, as well as soloists and performers such as Teodoro Anzellotti, Natalia Pschenitschnikowa, and conductors like Peter Rundel, Johannes Kalitzke, Jürg Wyttenbach, Titus Engel, Enno Poppe, Teodor Kourentzis und Vladimir Jurowski. In 2006 Sergej Newski won 1st Prize at the Landeshauptstadt Stuttgart composition competition for his piece Fluss (2005 version). In addition, he has gained various scholarships, including those from the Villa Massimo/Casa Baldi, Villa Serpentara, Künstlerhof Schreyahn, Cité Internationale des Arts Paris, the Berlin Senate and the Akademie der Künste in Berlin. 2011-12 Sergej Newski is music curator for the project Platform, a series of events organized by the Center for Contempoary Art Vinzawod in Moscow, supported by the Russian Cultural Ministry. 2012- guest lecturer for composition at State University of St. Petersburg. Sergej Newski lives both in Berlin and in Moscow. 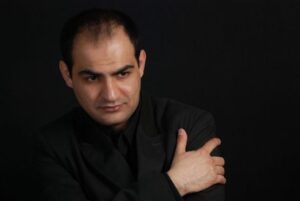 Mehdi Hosseini was born in Tehran, Iran, and received his master’s degree and Doctor of Music degree (DMA) in Composition from Saint-Petersburg State Conservatory. His major teachers include Fahrad Fakhreddini, Prof. Alexander Minatsakanian, Prof. Nigel Osborne and Prof. Sergei Slonimsky in composition, and Professor Tatiana Bershadskaya in Musicology. His early musical experiences included from 1998–2001, where he studying music theory, Persian music and composition with Farhad Fakhreddini [4] in Tehran. Hosseini then entered the Saint Petersburg State Conservatory in 2001 where he under the guidance of Prof. Tatiana Bershadskaya studied musicology and composition with Prof. Mnatsakanian and continued postgraduate course with the composer Sergei Slonimsky. Mehdi Hosseini completed a composition course from the University of Music and Performing Arts in Vienna in 2007 during the summer courses at Muerzzuschlag, Austria where he studied with Nigel Osborne.
Hosseini’s compositions include works for large orchestra, chamber orchestra, and various ensembles and has been performed and recorded by orchestras and ensembles such as the St. Petersburg State Philharmonic Symphony Orchestra, Symphony Orchestra of the Opera and Ballet Theatre of the St. Petersburg State Conservatory, North-Ossetian State Symphony Orchestra, Ensemble Intercontemporain, Namascae Lemanic Modern Ensemble, PluralEnsemble, Ensemble Proton Bern, Studio for New Music Ensemble, Moscow Contemporary Music Ensemble, GAMEnsemble and more. His works have been published by the Compozitor Publishing House (Russia), and the Donemus (Netherlands).
In the last few years, He was the focus of attention in Russia as a composer.[7] and his works are performed during such festivals as St. Petersburg Musical Spring, Contemporary East and West, Contemporary Past, A Reverse Perspective, Trajectories of Petersburg Avant-Garde, Sound Ways, Moscow Autumn, Moscow Actual Music Festival “Another Space” and others. His music is played in Mariinsky Theater, Saint Petersburg and Moscow Conservatories, Saint Petersburg and Moscow Philharmonics.
Mehdi Hosseini made an invaluable contribution to the development of the St. Petersburg cultural scene in 2011  when he opened the Saint Petersburg Contemporary Music Center “reMusik.org” and in 2013, he founded the St. Petersburg International New Music Festival. Yulia Bolshakova is aa author of creative projects in the performing arts, a participant of over thirty scientific and practical research in the field of performing arts. For her work she received the title of Honored Worker of Culture of the Russian Federation. Since 1979 she has been teaching (currently – associate professor) at the Russian Institute of Theatre Arts, Department of Planning and Organization of Theatrical Business (later, the Department of Production). For several years, she taught theoretical disciplines. She teaches special courses in theater management as a visiting professor at the sociological faculty of Moscow State University. Over the years, Yulia Bolshakova was an expert and deputy chairman of the expert council of Russian Ministry of Culture, expert of the awards “Golden Mask”, “Nail of the Season”, “Open Stage”, as well as a jury member and expert of many international competitions-festivals. For several years she was an expert at the international Nizhinsky prize (Monaco). She is the developer and moderator of a number of joint international projects in the field of arts management abroad (Italy, Spain, Germany), as well as a number of creative projects carried out in the country. Yulia is author of several hundred publications in specialized publications and media, member of the editorial board of the “Scene” magazine. 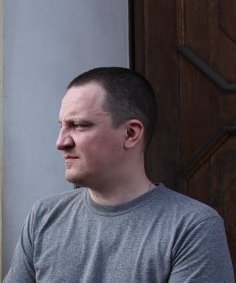